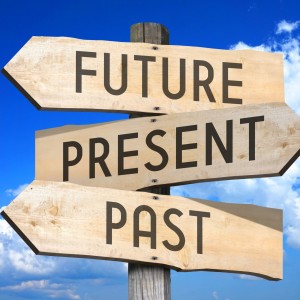 In both our professional and personal lives, what is most available and prominent in our mind’s eye is what is already true, as represented by the present situation. Because of this availability of the present, it is hard to conceive of how things might be different from the way they are now, whether positively or negatively.

It is this tyranny of the present that blinds us from both possibilities for positive change that could radically improve our own personal situations or that of society more broadly, and negative change that might render things radically worse for us as individuals, or for society as a whole.

Resisting this tyranny of the present is therefore of considerable importance for individuals, organisations and governments.

Looking through the wrong end of the telescope

Methods for considering the future that do not acknowledge the full extent of its plurality and indeterminism compound and exacerbate this tyranny of the present. Approaches such as single-track forecasting are assumed to be most harmful in this respect, but what is less-widely acknowledged is that even probabilistic-based approaches – which, by their very nature, acknowledge that there is more than one possible future – can also narrow our perspective. They do so by assuming the future to be merely a shadow of the present and past, subject to small degrees of variance based on what has occurred before, but little beyond this. Like looking through the wrong end of a telescope, they cause us to focus on a bounded range of possibilities, which excludes the more extreme and what has not happened before.

In many respects, such probability-based approaches, which give the impression of acknowledging uncertainty, but which really only do so in a very limited way, are still more harmful than is single-track, deterministic forecasting. This is because they lull us towards epistemological hubris, by leading us to think that we have tamed the uncertainty of the future, based on what we know presently to be the relative outcomes of certain long-run processes, or based on presently available evidence subjectively interpreted, or on the dispersion of possible outcomes based on present and past variance. I have elsewhere referred to this as the comforting but dangerous siren call of probability, which lulls us into the self-delusion that the future can be known by examining our present knowledge and that uncertainty is therefore tameable and can be bounded through reduction to probabilistic risk.

How do we resist this siren call? By not relying exclusively on either single-track, or probability-based methods for consideration of the future. These have their place, but only when complemented by less analytical and more qualitative approaches that give free rein to the human imagination, and which fully acknowledge the open and emergent nature of the universe. Probability-based approaches, for the most part, do not acknowledge this openness and emergence, because probability, by its very nature, requires a problem to be closable, such that probabilities adding to unity can be attributed to the considered possibilities.

The assumption that the future is closable, such that all uncertainties are reducible to probabilistic risks, lies at the heart of mainstream economics and decision science. Robert Skidelsky, in his book about Keynes titled ‘The Return of the Master’, attributes this dangerous assumption a central role in the credit crunch, the deleterious effects of which we still suffer ten years on.

Keynes, of course, is perhaps the most famous proponent of a clear distinction between probabilistic-type uncertainties more akin to risks, and non-probabilistic uncertainties that are irreducible to probabilistic risks. A more obscure, but still stronger, proponent of this distinction was G. L. S. Shackle, whose Potential Surprise Theory set out the many reasons that probability can be misleading when it comes to thinking about the future. Shackle emphasised the indeterminism in human affairs not to make us fearful about the future, but because he wanted us to believe in our ability to create the future that we want and to take responsibility for doing so.

As Shackle showed, only through application of imagination can we deal with irreducible uncertainty. The future, in all its possible extremities, cannot be considered empirically, because it has not happened yet. Yet analytical approaches make its consideration seem an exercise in empiricism. Rather, we can only give consideration to what may happen, and make such preparations for these possible outcomes that we feel are fitting and affordable, leading to a degree of robustness. This requires us to abandon the exclusive use of, not only deterministic, single-track forecasting approaches to consideration of the future; it also requires that we resist the siren call associated with the exclusive use of probabilistic-based approaches – which have a veneer of indeterminism, but which really only deal with a much reduced form of uncertainty. One way by which we can acknowledge and take account of a much broader and less bounded uncertainty is through the complementary use of Scenario Planning. Future blogposts will explore how this can be done.

If you’d like to start a dialogue with me on any of the points raised above, please find me on Twitter or email me on [email protected].