Home » Blog » The social cost of carbon; it’s time to kill it

The social cost of carbon; it’s time to kill it 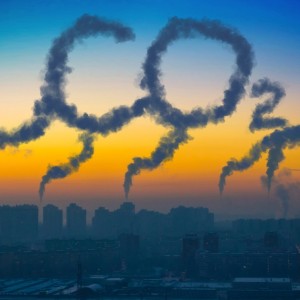 The social cost of carbon (SCC) is misguided, increasingly irrelevant and should have been abandoned years ago, so argues our Director and Head of Modelling, Hector Pollitt.

What is the social cost of carbon (SCC)?

The social cost of carbon (SCC) is a hideous construct of mainstream economics. It is designed to show the economic value to the world of reducing a single unit of greenhouse gas emissions. It provides a number that can then be plugged into cost-benefit calculations.

The SCC has been around for a while. The original values for the social cost of carbon were determined by small-scale Integrated Assessment Models (IAMs). They were used in the US to determine a value that should be attached to reducing greenhouse gas emissions in cost-benefit analyses (CBAs) for domestic policy.

The current value used in the US is $39 per tonne of CO2 emitted. The UK green book includes its own value that is used in all CBA that is carried out by the civil service (the European Commission does not use a value as its assessment approach is different).

It didn’t take long for the analysis to be questioned – the models used were criticised extensively in 2013. In two separate articles, Lord Stern and Robert Pindyck outlined the shortcomings of the tools that were used. The results of the models were shown to be highly sensitive to underlying assumptions, including discount rates (an estimate of how much we prefer things now rather than later).

Uncertainty around the ‘damage functions’ in the models was also shown to be a key issue. At present, information around how climate change affects the economy is still sparse. Frank Ackerman investigated the choice of parameters used in one of the models (FUND), which has since more widely been the subject of heated debate in academic journals. More generally, there has been a nagging feeling that important feedbacks may be missing from the analysis, leading to underestimates of the SCC.

Still, attempts to estimate the SCC go on. In 2017, William Nordhaus performed a new exercise with the DICE model and found a much higher SCC than previously, which was attributed to an updated version of the DICE model.

Recently, a new paper (Ricke et al, 2018) carries out a separate analysis to find an SCC of $417/tCO2. This approach adopts a new method of estimating damage costs (similar to Cambridge Econometrics’ treatment in the E3ME model) that by definition covers all climate feedbacks.

So the SCC seems to be growing over time and rapidly. But there isn’t much to suggest that the new values are any more accurate than the previous ones. Even in the most recent exercise, the 66% confidence range is $177-805.

It gets worse. The impacts of a changing climate are accepted to be non-linear. So the economic damage from an extra unit of emissions changes, both over time and depending on the overall level of emissions. That means the SCC does too. A single value doesn’t work.

Moreover, the SCC is not actually of any use to policy makers any more. In 2015, countries signed up to the Paris Agreement, which agreed to limit temperature change to ‘well below 2°C’. The reason for choosing 2°C, is that we don’t really know what will happen if temperatures increase beyond that level.

The overarching framework for policy makers is therefore how to find and implement policies that reduce emissions to levels consistent with 2°C (ideally 1.5°C), i.e. in line with the Paris agreement. The idea of instead reducing emissions by the ‘optimal’ amount determined by an SCC was dispensed with three years ago. Even in the US, which intends to pull out of the Paris Agreement, the SCC is not relevant, as ‘America First’ is not in any way consistent with an optimal global carbon price.

There are many people out there who are uncomfortable with the concept of an SCC, even if you ignore its shortcomings. The reasons to protect the natural environment extend well beyond attempting to maximise economic production and GDP.

It has never been clear what is ‘social’ about a concept that ignores differences both within and between countries. Huge ranges of uncertainty are hidden in a single number. And the SCC gives the impression that irreversible damage can be undone through a simple payment.

These points are all valid outside the world of mainstream economics. They are all correct at any human level.

In contrast, the social cost of carbon is wrong, both in terms of the figures claimed and even as a basic concept. It is time the SCC was consigned to history and researchers focused on finding policies to help meet the agreed climate targets.