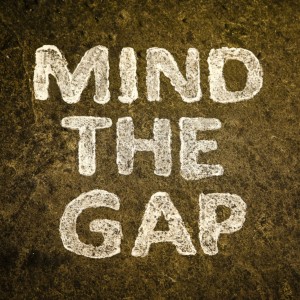 It is nearly four years since the inception of the Northern Powerhouse. Has the performance gap between the Greater South East and the rest of England, the North-South divide, narrowed?

In short, no. Recent newspaper articles refer to the persistence of the gap between the northern regions and the rest of England: Low skills and poor infrastructure blamed for UK productivity gap, Productivity gap deepens UK’s north-south divide and North South divide in transport spending.

In our chapter on the recently-published ‘Developing England’s North’ Prof Ron Martin and I review the scale of the challenge facing the Northern Powerhouse agenda and the need to make the region collectively stronger through various policies such as devolution (although this is across the whole of Britain) and improved connectivity which will help to ‘densify the area’ and thus reap the benefits of agglomeration economies.

While it is clear that the problem of spatial imbalance in the UK is not a new one, there is strong evidence that in recent decades the issue has become decidedly more problematic as the rapid growth of the Greater South East, and more recently London, has widened disparities further. Figure 1 shows an updated picture of this gap, adding recent years which shows that the gap remains persistent, and is now wider than it was in the early-90s. 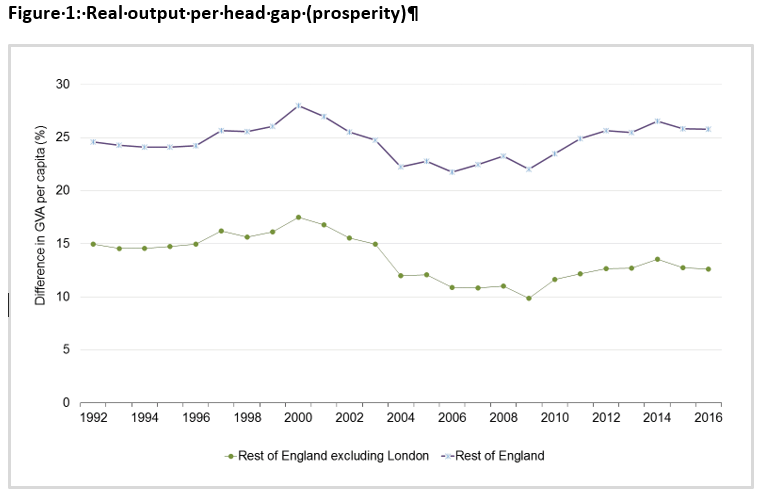 Output per head can easily be broken down into productivity (output per employee) and the employment rate (the number of people in the population that are employed).

By making this distinction, as shown in Figures 2 and 3, it becomes clear that the gap is mostly to do with productivity (performance) and not to do with employment. This also fits with the national picture of strong employment and weak productivity growth – job creation has been strong everywhere, but the value of those jobs, and the wages associated with them, has been higher in London and the South East. 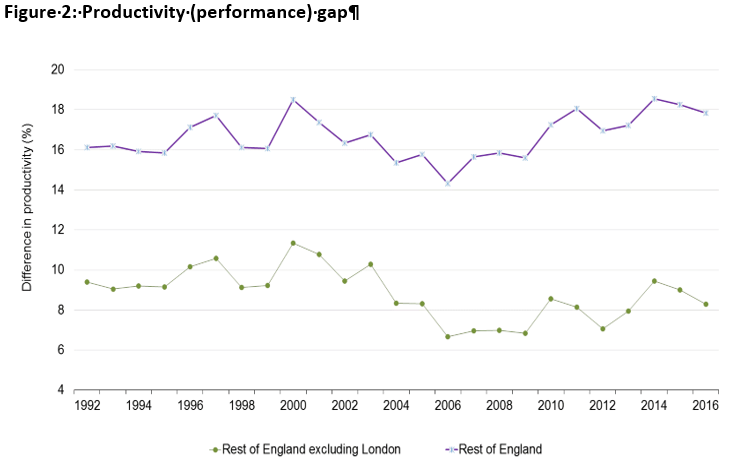 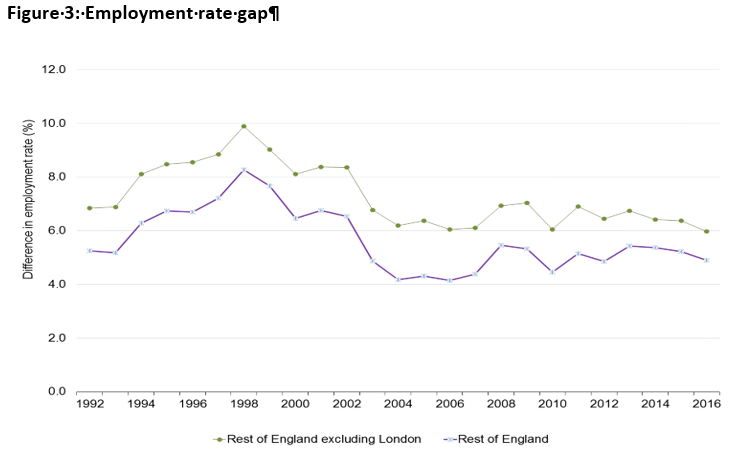 These findings reinforce what has already been reported in the Independent Economic Review undertaken for Transport for the North in 2016 and a study on rebalancing the economy for the Regional Studies Association a year earlier.

For a significant narrowing to occur it will take decades of concerted policy effort, well beyond the usual political cycle and will thus require cross-party support and not the usual metronomic swing of party politics. Stronger self-governance will help to some extent (although as noted this is country-wide and so will not specifically focus on those areas most in need of help) but building new rail links and better infrastructure is not a sufficient condition to promote growth.

The domination of London is more than just natural selection and natural economic forces – it is the centre of most things in the UK (economic, political, cultural, financial). Very few other developed countries have such a concentration of activity and without change in this direction the performance gaps will remain entrenched for some time to come.

The recently-awarded ESRC Productivity Insights Network, of which CE is a part, aims to shed more light on the issue of UK spatial productivity disparities and what can be done to improve matters. To find out more about any of the issues explored above, please contact me.