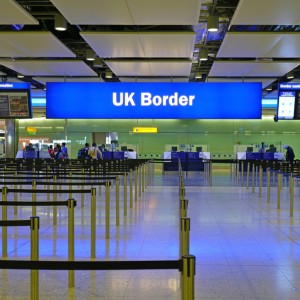 The populist arguments against immigration are not backed up by evidence

At the Conservative Party Conference, Prime Minister Theresa May proudly confirmed that she will end freedom of movement as part of her plan to deliver Brexit.

In doing so she pandered to the politics of the day and wilfully ignored the evidence of experts and the freedoms of her own people.

Immigration has been a hot topic in the UK for the past decade, filling newspaper column inches, that often either pander to, or stir up, anti-immigration sentiment. Such sentiment peaked on 23 June 2016 when 52% of the UK electorate voted to leave the European Union.

Not that immigration was the only factor affecting people’s decision, but certainly the idea that we could not control immigration without taking back control of our borders was a contributing factor in the outcome of the referendum. The arguments made seem intuitive to the point of common sense:

The first two arguments are simply wrong and the third is true but disingenuous.

The Government’s own Migration Advisory Committee (MAC) published its final report in September and draws the following conclusions on jobs:

Moreover, both the MAC report and a report on global migration by the Oxford Martin School (OMS) and Citi on Migration and the Economy, identify several positive influences of migration on the economy:

In considering the effect of migration on public finances, the MAC reported that for the UK:

EEA migrants pay more in taxes than they receive in benefits

One implication of reducing immigration is therefore that the current government will implement more austerity measures to meet its (misguided) aim of balancing its budget at all cost.

The finding is supported more broadly from a global perspective in the OMS report, that:

Overall, the evidence that we have surveyed suggests that the fiscal impact of migration is either positive or, to the extent that immigrants produce fiscal costs, these costs tend to be small, short-lived and localized

The common-sense arguments are therefore clearly refuted by credible evidence, including the government’s own commissioned research. Despite this, the government is not only disingenuous about the benefits of reducing immigration, it is disingenuous in using the end of freedom of movement to reduce net immigration to tens of thousands.

For over a decade non-EU net immigration to the UK has averaged around 200,000 people per year, compared to around 100,000 for EU citizens (see Figure 1 sourced from the Office for National Statistics):

Previous governments could have implemented policies to cut the number of non-EU immigration at any point had this been a genuine priority and should they have genuinely believed the populist arguments in favour of limiting net immigration.

Evidence shows that our economy and our society benefit from immigration: choosing to end freedom of movement is the wrong answer to the wrong question.