Digital trade in a post-Brexit Britain 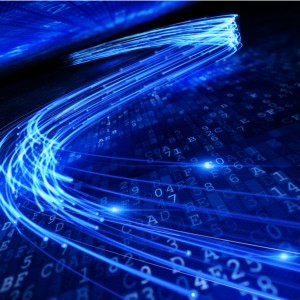 You can see digital trade everywhere except in the trade statistics.

As the UK embarks on a prolonged period of negotiating post-Brexit trade deals this is a challenge to negotiators and policymakers.

It is a well-established empirical result that in trade, distance matters. Countries typically trade with other countries that are in proximity. As the distance between two countries increases, trade between them decreases.

The UK will still trade with the EU after it has left. The geographic distance between the two will not change. But there will be additional costs to trading as a non-member.

At the same time, the UK will look to deepen its trading relationships with other countries around the world and increase exports to them.

But none of these are as close to the UK, geographically, as the EU and many are very far away. How will the UK manage this if distance matters? By bringing non-EU partners within reach, digital trade can facilitate the deepening of trading relationships and help to increase exports to them.

What is digital trade?

A single universally agreed definition of digital trade does not exist. But a recently published Handbook on Measuring Digital Trade by the Organisation for Economic Co-operation and Development (OECD), the World Trade Organisation (WTO) and the International Monetary Fund (IMF) brings us close and provides a solid foundation on which to define and measure digital trade.

This defines digital trade as “trade (exports/imports) that is digitally ordered and/or delivered”.

This covers a wide range of activities, for example:

Physical connectivity is still important, but because digital trade is underpinned by intangible flows (of digital goods and services) across the internet, location and geographical distance matter less, making it easier to export to more distant partners.

Advanced manufacturing and digitally deliverable services (areas of strength for the UK) benefit the most from the digitalisation of trade.

Digital trade, therefore, provides an opportunity for the UK to increase its exports in sectors of strength to countries that might previously have been considered too far away.

But the scale of digital trade is not well understood

Robert Solow once said, “You can see the computer age everywhere but in the productivity statistics”. The same might be said about the digitalisation of trade – you can see it everywhere except in the trade statistics.

This is because, 1) it has taken a long time to arrive at a definition of the digital economy and, by extension, digital trade; and, 2) partly because of (1), existing statistics are based on surveys that were not originally designed to capture digital trade.

In the UK, DIT and DCMS have led the push to better understand digital trade for the benefit of UK departments and the wider international trade community. The recent work by the OECD, WTO and IMF complements these efforts and moves us towards a single, comprehensive definition, although it is still evolving as new forms of digital trade emerge (e.g. trade through intermediate platforms).

As the UK embarks on a prolonged period of negotiating new trade deals, a better understanding of digital trade would be helpful to negotiators and policymakers. But, as our new report for DIT highlights, there are still some conceptual and measurement challenges to overcome.

We know, for example, that existing surveys are severely limited in what they can tell us about digital trade, while the best available estimates are limited in their coverage (e.g. they do not cover digitally ordered goods, inter alia).

The biggest challenges to measuring digital trade include:

However, as a rule of thumb, the more accurate and detailed the data required, the longer and more costly it becomes to obtain it.

For the UK, these challenges presented above can’t be addressed soon enough.