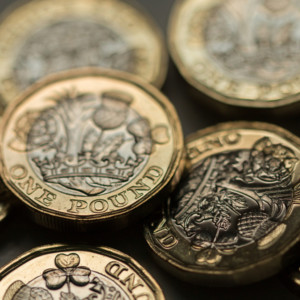 Andrew Sentance assesses what interventions the UK government could make to limit the economic damage caused by the COVID-19 lockdown and encourage a more rapid recovery.

Last week’s Bank of England Monetary Policy Report made sobering reading in terms of the short-term outlook for the UK economy. GDP is expected to fall by nearly 30 percent in the first two quarters of this year – a very similar assessment to that of the Office for Budget Responsibility (OBR) published last month. The unemployment rate is projected to rise to 9 percent – more than doubling the jobless total.

Even though the first release for UK GDP in the first quarter was slightly better than the Bank of England expected – a 2 percent drop instead of a 3 percent fall – these projections for the first half of the year look realistic in the light of the lockdown which has been in place since the end of March.

In the second half of this year, however, the Bank’s “reference scenario” incorporates a strong rebound in the economy – with the projected result that GDP in 2020 as a whole is about 14 percent down on last year. According to the Bank’s historical database, we have not seen a decline in national output as big as this in a single year since the early 1700s, during the War of the Spanish Succession. We have to go back to the early 1920s – and the deep recession which followed the First World War – to find a remotely comparable economic downturn in modern history.

This is not where the record-breaking ends, though. The Bank’s scenario includes a rise in GDP of 15 percent in 2021 – the highest UK growth rate recorded since 1704!

In other words, the Bank of England envisages a V-shaped recession. By 2022, its central projection is that GDP returns to a level just 2 percent below its previous projection made at the end of January. This implies a very mild longer-term impact of the pandemic and lockdown, and appears very optimistic. If social distancing and other restrictive measures need to continue through this year and into 2021, there will be a more sustained negative impact on both productivity and employment.

The key to limiting this economic damage and encouraging a more rapid recovery is consumer spending. The current downturn is being driven mainly by reduced consumer spending and falling business investment. But reduced personal consumption is by far the most important driver of the current recession.

For every £1 that businesses contribute to capital investment, consumers spend nearly £7. Over the past couple of months, consumer spending has been hit by a triple whammy – not just in the UK but in other European countries, North America, Japan, and across the world.

First of all, the incomes of many workers have been badly impacted by the pandemic and the lockdown. While the UK government has sought to protect employment income through its furlough scheme, many self-employed workers and smaller businesses have seen a dramatic drop in income – and in some cases income has dried up altogether.

Second, uncertainty about the outlook for incomes has encouraged households to hold back on major purchases of consumer durables and other discretionary items. UK retail sales figures for March showed clothing sales were down by over a third, even though the lockdown was only in place for the final week of the month.

In addition, the lockdown has directly inhibited spending opportunities. International travel has virtually ground to a halt, with passenger numbers at Heathrow down by 97 percent in April. Domestic travel has also fallen sharply.

Car dealerships, garden centres, pubs, restaurants and many other retail outlets have been closed. So individuals and households whose incomes have not been affected have not been able to spend on the normal range of goods and services.

In this respect, the impact of the lockdown is similar to wartime rationing. When rationing was in place in World War 2, the household savings ratio rose to over 20 percent – compared to a normal range of 5-10 percent (see chart). We should not be surprised to see a similar spike in the personal savings ratio here in the UK in the current quarter, while the lockdown is in full force this quarter.

A gradual easing of the lockdown – which now seems to be underway – will hopefully open up spending opportunities again. But social distancing and other health requirements will need to stay in place for some time, to prevent a resurgence of the pandemic. The previous “normal” pattern of consumer spending will not resume quickly – if at all. That is likely to slow the rebound in consumption over the recovery.

Is there scope for the UK government and authorities in other countries to kick-start consumer spending as the lockdown restrictions ease? There are three ways that this might be done. The first is continuing to provide income support to employees who are unable to return to work. The Chancellor Rishi Sunak has already made a positive move in this direction by extending the current furlough scheme through to October.

However, he has also suggested that the current scheme will ultimately need to be unwound. One way this might be done is by ensuring it is applied to a limited number of badly affected sectors in the economy.

The second option would be a general subsidy to consumer spending, operating through the VAT system – as we saw during the Global Financial Crisis. A cut in the standard rate of VAT from 20 percent to 15 percent would cost the Exchequer £35bn a year, but could be applied for a much more limited period – e.g. 6 months – at a cost of less than 1 percent of GDP.

A third option would be to introduce selective incentives to spend on products and services which deliver a genuine longer-term benefit to the economy. The obvious area for focus here would be areas of consumption which will support the transition to a low carbon economy – for example a car scrappage scheme to support purchases of electric cars and/or incentives to invest in domestic energy-saving measures.

With UK government borrowing likely to be over £300bn this year, there will inevitably be some reluctance in the Treasury to devote more financial resources to supporting the recovery. But having borne a large financial cost to support business and economic activity through the Coronavirus recession, it would be a false economy not to also invest in providing economic support during the recovery. With interest rates already at rock bottom levels, monetary policy cannot deliver the required stimulus, so the heavy lifting has to be done by fiscal measures – including higher government borrowing.

The UK government has a strong capacity to borrow. Our public debt has averaged around 95% of GDP since 1700 – and it peaked at around 250% after World War 2.

So there is plenty of fiscal headroom for fiscal incentives and measures to support a recovery in consumer spending. There will need to be some long-term programme for debt reduction – but this is not an urgent priority.

We should not rule out a V-shaped recovery in the economy as we exit lockdown. But to achieve this, we will need some strong fiscal support for economic growth – if we are going to get anywhere close to the 2021 and 2022 growth rates suggested by the Bank of England’s recovery scenario.