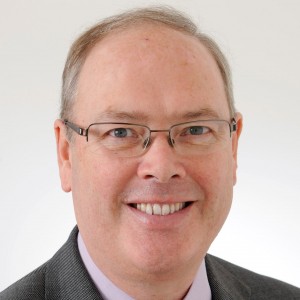 So it is over. The General Election results are in and we know we will have a Conservative government led by Boris Johnson.

But what will he do? The Conservative manifesto was a very slimline document, aimed at avoiding hostages to fortune during the election campaign. So the new Prime Minister and his team – with a majority of about 80 or so seats in Parliament – has a lot of scope to shape policy much more flexibly than his predecessors. He will have the biggest Parliamentary majority since Tony Blair’s victory in 2001, and the biggest Conservative majority since the 1980s.

Winning an Election is one thing – but delivering positive results for the economy and society is a totally different proposition. We should cast our minds back to Ted Heath’s election victory in 1970. His aspirations to reshape the economy were dashed in the space of a couple of years. By contrast, Margaret Thatcher came to power in 1979 and paved the way for 18 years of Conservative government, and reshaped the British economy.

Boris Johnson needs a clear economic agenda to steer his government through some potentially turbulent times. There are six areas he needs to focus on.

First, economic growth. Unless the economy is growing and delivering rising living standards, there will be growing dissatisfaction and frustration with the government. This year, the UK economy has achieved no substantial economic growth since the first quarter. There are two key ingredients to economic growth: employment and productivity. The employment side of the equation has been OK, but productivity has been very disappointing. So the new government needs an agenda to support productivity growth.

Economists do not understand productivity growth very well. We know the drivers that can take it forward – technology, education and skills, and investment in transport infrastructure. But the transmission mechanism from policy actions to economic outcomes is very uncertain. However, the best I can recommend to Boris Johnson and his team is to pull those levers and hope for the best. Invest in education and skills – particularly technical and vocational education where we have under-invested for decades. Press ahead with major transport infrastructure projects – such as Heathrow expansion, HS2 and Northern Powerhouse rail (linking Eastern and Western cities across the North of England). And continue to promote the UK as a centre of technology, with policies which will attract established high-tech companies and new start-ups to invest here.

The second economic priority is Brexit. The Prime Minister campaigned under the banner of “Get Brexit done”. But he was only talking about one half of Brexit – the “Withdrawal Agreement”. The more important issue is the trade agreements we strike with the EU and other major nations around the world – in particular, the US, India and China. As Terry Barker has warned in his recent blog, there are some potential downsides and risks in the trade arena which could harm the UK economy in the 2020s.

The third key issue is fiscal policy. The Conservatives were the most fiscally restrictive of the three major parties when it came to government spending and borrowing commitments. But the Election revealed that there is a strong public appetite to spend more on areas like education, health and crime prevention, and it will be hard for the new government to resist these pressures. Since 2009, the budget deficit has been brought down from around 10 percent of GDP to around 1 percent – which has helped to control national debt, but raised concerns about excessive austerity.

There is now strong pressure to relax the constraints on public spending. The problem with this is that we could now be entering the more mature phase of the economic cycle when governments might, in normal times, consider running surpluses, not deficits. However, this economic cycle has been anaemically weak and the underemployment implied by low labour productivity might allow for targeted spending to satisfy the public’s appetite.

Fourth, we have monetary policy. Here the key decision for the new government is personal rather than to do with policy. Who will be appointed as the new Governor of the Bank of England to succeed Mark Carney? The rumour mill suggests that a new candidate has been identified, but the outcome of the General Election was holding up the announcement. There are many good candidates available for the post, both inside and outside the Bank. Whoever is appointed will shape monetary and financial policy for the next eight years – so it is a critical appointment/

The fifth key issue is the regional dimension. This has been highlighted by the Election result in a number of different ways. Scotland, Wales and Northern Ireland have voted very differently to England. And within England, the success of the Conservatives has been to capture seats in the Labour heartlands – the North of England and the Midlands.

Boris Johnson has promised a strong regional agenda, and some of the ingredients of that are already being pursued as official government policy – e.g. transport infrastructure investment. But there will be a long time lag between the initiation of these projects and the delivery of the full economic benefits. HS2, for example, is unlikely to be fully operational until 2040.

A better strategy for the new government would be to focus on smaller scale transport projects which can be initiated and delivered in 5-10 years. It is striking that one of the most deprived areas in England is the area around Clacton in Essex. Yet just 50 miles away, Bury St Edmunds is one of the most prosperous cities in the South and East of England. Putting in better road and rail links to Clacton, and other similar places, would be a very worthwhile investment for the new government.

Another positive area for new investment would be Broadband. Jeremy Corbyn’s promise to deliver free Broadband for everyone has clearly not won the support of the electorate. But speedy access to the Internet, WiFi and other associated online connections is vital to support the growth of outlying areas. So a major Broadband investment initiative from the new Government could provide much-needed support for neglected outlying towns and cities.

Finally, we need a strong climate change agenda. Ensuring the UK is carbon-neutral by 2050 may not be strong enough, but to get there by 2030 is probably too ambitious. So it would be very positive for our new government to set more ambitious targets to deal with climate change. Also, I would like to see Boris Johnson saying he would not commit to any new trade agreement with the US until it changes its stance on climate change.

So, here we are. A new Conservative government has been elected with a fresh mandate. We can move forward economically, with policies to pursue economic growth, a business-friendly approach to Brexit, sensible fiscal and monetary policies, and a focus on regional balance and climate change. Or we can move backwards, as a nation.

Over to you, Mr Johnson!