Home » Blog » What next for the UK? 4 policy priorities for the new PM

What next for the UK? 4 policy priorities for the new PM 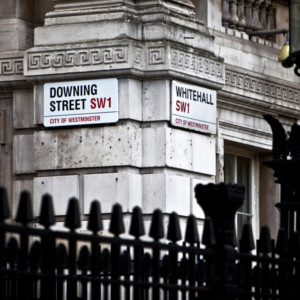 The new Prime Minister faces the urgent challenge of responding to the cost-of-living crisis brought on by the war in Ukraine.

Substantial interventions will be required to mitigate the impact of the current high (and still increasing) energy prices on consumers, but also on the large swathe of firms that are seeing their energy bills increase multiple times compared to last year.

But the mark of a truly effective leader lies in their capacity to mobilise the resources of government to tackle the chronic as well as the acute challenges.

We asked four of our experts to pick out their top priorities for relentless, consistent action.

The crisis in energy prices must be used as a spur to faster action to reduce dependence on fossil fuels, not an excuse to defer action and set back the target date for achieving net zero emissions.

The crisis has exposed just how slow the government has been to tackle energy efficiency.

The UK has some of the leakiest homes in Europe and improving the energy performance of our building stock would have major long-term benefits.

Progress on decarbonising household heating has also been too slow: we need a nationwide scheme to encourage the take-up of zero carbon heating technologies, but homes need to be well insulated if heat pumps are to work effectively.

Taking such action and bringing the UK into line with the CCC’s Net Zero Balanced Pathway for household heating could create up to 84,700 additional jobs across the economy by 2030, as our analysis for Greenpeace showed (before taking into account the recent increases in fossil fuel prices).

Perhaps most importantly, climate policy needs a dose of realism.

The government has a strategy, and high-level targets, but lacks a detailed plan for delivering decarbonisation. The Climate Change Committee continues to produce excellent analysis of progress to date and recommendations for future action needed.

The new Prime Minister needs to take their advice to ensure that the UK remains on track to deliver on its 2050 net zero goal.

This includes making achievable plans for all sectors, including those that are difficult to decarbonise. We must not rely on technologies that are almost certain not to reach sufficient scale in time (such as Sustainable Aviation Fuels), or that will push consumers into long-term high-cost solutions (such as hydrogen for household heating rather than the better option of more efficient heat pumps).

Living standards depend ultimately on productivity, but annual growth in output per worker in the UK has been just 0.6% per annum in the past decade and 0.8% per annum since 2000. In previous decades – in the second half of the 20th century – the rate was more than 2%.

Of course, there is no magic bullet to boost productivity growth. But many of the levers under government’s control can play a part. These include investment in education and skills, policies which support innovation by firms, and the development of an efficient and well-functioning transport system.

We have seen many government initiatives in these areas over the years, but a long-term strategy has often been lacking.  Governments have been too preoccupied with announcing new initiatives and looking for short-term results, rather than ensuring effective, consistent implementation of policies.

Many of these policy levers lie on the spending side of the government finances. On the tax side of the account, the focus should be on reforming the restructuring of the tax system so it incentivises business investment and generates the finance for government spending in an efficient way. That is more likely to be effective in boosting productivity than a simplistic tax-cutting agenda.

3 The UK’s levelling up agenda

Although levelling up has been a part of the UK policy lexicon since 2019, it has only come into proper focus since the launch of the White Paper in February 2022.

It was a long wait, but there is much to welcome in the White Paper – an increasing push for devolution, a timeframe for analysis, metrics to monitor progress, a set of missions providing something to aim for, and a recognition of the inter-relatedness and complexity of the whole nature of the problem.

However, there is also much that is lacking – adequate funding, inconsistencies in ambition, and no recognition of natural capital in the underlying ‘6 capitals’ approach or in the metrics that come from this.

The biggest risk, however, is political, with levelling up being regarded as belonging to the ‘previous regime’ and getting added to the pile of previous attempts to close the gap.

In the meantime, inequalities are widening further and each new shock tends to exacerbate the effects as weak areas are less resilient. We remain unconvinced that current policy will have much success in reducing UK regional and intra-regional inequalities, which does not bode well for other important national goals such as improving productivity.

Year by year, the demands on health and social care from an aging population grow ever stronger.

Already before the pandemic, waiting times for routine NHS services were lengthening amid growing workforce shortages. With a health service since stretched by COVID-19, the backlog has grown and the stresses of the pandemic have taken their toll on NHS staff.

With few shortcuts available, a long-term plan is essential to put these services on a proper footing. The revelations during August about the crisis in NHS dental care were one powerful illustration of the consequences of a decade of tight public spending.

Current surging costs cast doubt on whether the government can restore spending per pupil in England in real terms to 2010 levels in what remains of the current parliament. This affects the resources to teach the adults of tomorrow, especially in the wake of pandemic-related disruptions which have led to lower attainment and particularly for disadvantaged pupils.

The problem of the provision of, and funding for, social care remains, with the health and social care levy as the most notable recent measure, launched to a mixed reception.

However, here, the conversation remains stuck on cutting taxes and/or spending, with the levy proving a point of contention in the leadership election.

What we’re missing is a conversation about the public services we want and how to resource them: what is the spending for, rather than simply how much are we spending?

Sign up to our newsletter for the latest news, views and insights from around the world.