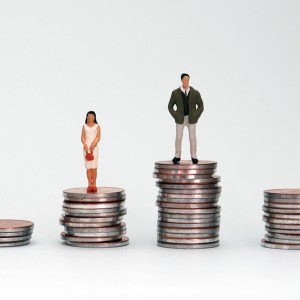 Whilst the size of the gender pay gap in the UK has decreased over the last decade, it remains large and persistent. Here, economist Lucy Clements explores the factors that might explain this persistent aspect of gender inequality.

So, despite recent progress, there is a still a long way to go before equality in labour markets is reached. 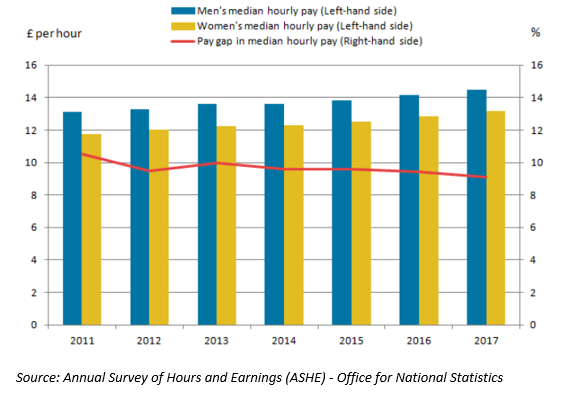 Since the government introduced compulsory reporting of the gender pay gap for organisations with over 250 employees, awareness of gender inequality has increased, which could help to drive change. However, to fully understand how the issue of gender inequality may be resolved, it is important to look at the factors causing it.

In this blog, I explore three drivers of the gender pay gap: low female participation in STEM (science, technology, engineering and maths) subjects, inaccessible labour markets for women with young families, and differences in behavioural factors, such as competitiveness, between men and women.

There are more female graduates than male, but a smaller proportion study STEM subjects

In recent years, the number of women graduating in the UK has far exceeded the number of men.  The trend is set to continue with the Universities and Colleges Admissions Service (UCAS) reporting that 98,000 more women than men applied to start a degree course in Autumn 2018.

However, courses in STEM subjects, which open high-pay career paths, are typically male-dominated. According to the UK’s Higher Education Statistics Agency (HESA), the degree subjects where male students dominated  were all science subjects: “Those with the highest percentage of male students were engineering and technology, computer science and mathematical sciences, at 81%, 81% and 62% respectively”.  Similar trends are reflected in labour market statistics, which show considerably higher shares of men employed in the STEM industries. 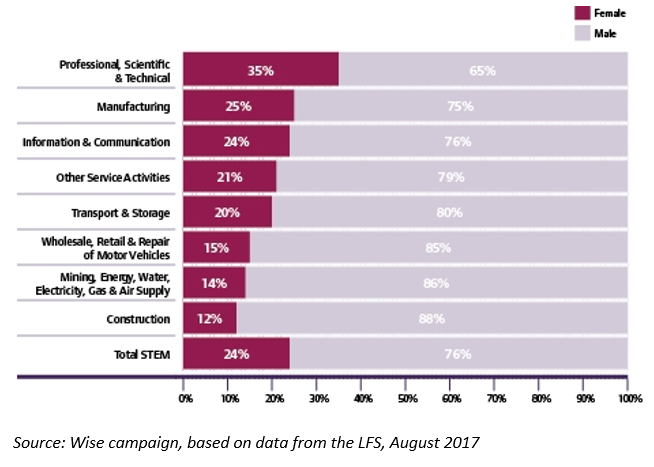 Our work for the European Institute for Gender Equality (EIGE) shows that reducing the STEM education gap at degree level could help close the gender pay gap by 2050. Increasing the number of female STEM graduates will allow more women to access jobs in higher paid STEM sectors.

By reducing occupational crowding, it could also drive a more equitable distribution of pay within those sectors, as data show that occupations with the smallest gender pay gap typically have a more equal share of employment between men and women.

Gender imbalances in households (see Chart 3 below which shows average hours of unpaid work done per week in each category for men and women in the UK in 2015), with women often taking responsibilities for childcare and housework, combined with inflexible working options, means that many women access a more restricted, and more local, labour market.

This is supported by recent evidence showing the existence of a gender commuting gap, with men, on average, spending more time travelling to work. In this way, by choosing working arrangements that offer the flexibility to balance work and family life, many women are restricted to lower paid jobs for which they are over-qualified. 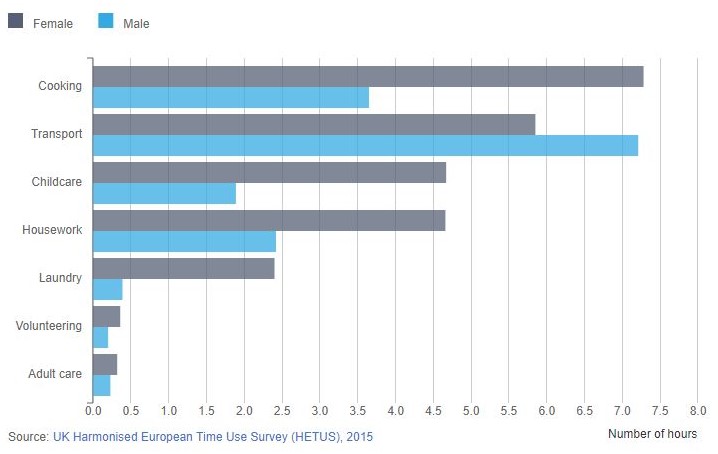 Is behaviour a factor?

There are several papers that note the difference in competitiveness of male and female high-performers. They show that, even when women are high-performing, they tend to opt out of competing for higher pay when they have a high chance of benefiting from doing so.

Could increasing the competitiveness of women therefore help to narrow the pay gap?

Experiment results show that, whilst women are not innately any less competitive or risk-averse than men, women are far more influenced by their social environment, a trait which begins in childhood. Evidence of girls at school-age shows that they are more competitive and less risk-averse in a single-sex environment.

This suggests that, when offered the option to compete for higher pay, women are more likely to compete in an all-female group than in a mixed-gender group.

These findings are consistent with the “gender identity hypothesis” that women feel more pressure to maintain their gender identity by following social norms than men do.

Similarly, data shows that women are more likely to pursue career paths that have had historically high rates of female participation. If this is the case then, as more women enter STEM-dominated sectors, other women may find it easier in the future to enter those sectors, suggesting that female participation in STEM subjects could increase over time.

What does the future hold?

Encouraging competitive behaviour in young women could help to close the gender pay gap but targeting behaviour has its limitations.

The argument here is about nature versus nurture, can we really change the way that someone behaves or does genetic make-up dictate our behaviour?

Findings show that there is no gender difference in the preference to compete for those over the age of 50. This is due to an increase in competitiveness of women as they age, which could be caused by the levels of oestrogen decreasing as women go through menopause.

Increasing the accessibility of jobs by encouraging flexible working can help women (especially mothers) progress with their career and receive higher pay. However, the greatest change will come from a move away from gender role stereotypes and a greater balance of household and childcare responsibilities making full-time work accessible for both men and women.

What would happen if the gender pay gap didn’t exist?

In ‘Economic benefits of gender equality in the EU‘, a study for the European Institute for Gender Equality, we used E3ME to assess the economic impacts of measures to improve gender equality. We modelled the economic impacts if gender parity in STEM education was reached, female labour market participation increased, the gender pay gap was closed and a more equal distribution of unpaid care work leading to an increase in fertility rates.

The results showed that, if all these issues were addressed, there would be a boost to the productive capacity of the economy and improved competitiveness, driving an increase in output and the creation of up to 10.5 million jobs in the EU.

These new jobs with higher pay, along with the related spill-over effects, would drive economic growth and prosperity, to the benefit of both men and women.