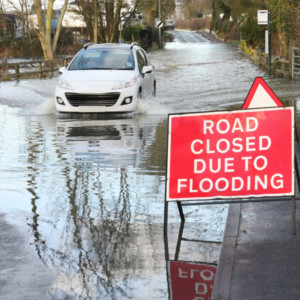 Here, our Project Manager, Jen Dicks explains that “shared socioeconomic pathways” can be viewed as different storylines of future socioeconomic circumstances. They help inform what impact our society and economy might have on the potential for curbing emissions and climate change in future – brought into sharp focus this year by the COVID-19 pandemic.

The future is uncertain

One major takeaway from 2020 as a whole, and the Covid-19 crisis in particular, is that the future is difficult to predict.

In 2019, it would have been difficult for a typical person to believe that in 2020, the world would be struck by a disease pandemic affecting almost every country in the world, and that over a third of the world’s population would end up living under some form of lockdown in the first half of the year.

From a climate perspective, it would have been hard to predict the largest fall in global greenhouse gas (GHG) emissions this century (larger than falls experienced during the Great Depression, the 1970s oil crisis or the aftermath of World War II).

It is now clearer than ever that different future socioeconomic circumstances, or scenarios, can have a great impact on the potential for GHG emissions reductions, and that visions of the future (i.e. scenarios) can diverge in many ways.

We therefore must acknowledge that there are numerous possible futures, and great uncertainty, when considering what impact our society and economy might have on the potential for curbing emissions and climate change impacts in the future. The economy and society are unlikely to continue down the same pathway for years to come, following existing trends.

Changes in factors such as technology, demographics, governance or major shocks, such as we have seen with Covid-19, can lead us to take a very different path.

What are shared socioeconomic pathways (SSPs) and how are they used?

They aim to cover a wide range of potential outcomes across the five narratives, including a storyline in which there is sustainable economic growth and increasing equality (SSP1) and a storyline in which there is unconstrained economic growth and fossil-fuel based energy use (SSP5). Presently, a set of global SSPs exist, examining how the global economy and society might change between now and 2100.

Crucially, the global SSPs are independent of climate change and climate change policy, i.e. they do not consider the potential impact climate change has on societal and economic choices. Instead, they are designed to be coupled with a set of future climate scenarios, the Representative Concentration Pathways (RCPs).

What about UK-specific SSPs?

However, a new project commissioned by the Met Office and being carried out by Cambridge Econometrics (CE), The UK Centre for Ecology & Hydrology (UKCEH), the University of Edinburgh and the University of Exeter, aims to fill this gap by developing a set of spatially-detailed socioeconomic scenarios for the UK that are broadly consistent with the IPCC SSPs, and which will provide the basis for further UK research on climate risks and resilience.

Our approach involves downscaling and extending the global SSPs for the UK, to support more detailed analyses. It builds on earlier socioeconomic scenarios work that has been led by the project team (including developing a set of UK socioeconomic projections to be used within the CCRA3 Evidence Report, led by Cambridge Econometrics, and work on extending the global SSPs, including the EU-funded IMPRESSIONS project and the UK-SCAPE project, both led by UKCEH).

The final project outputs will consist of a set of narratives, semi-quantitative trends, quantifications for specific variables and visualisations of the interrelationships between those variables for a nested set of UK and nation-specific SSPs that are consistent with the global context. This will facilitate UK-specific research by the climate resilience community that is consistent with the IPCC process, including research and analysis for the fourth Climate Change Risk Assessment.

The outputs of the project will provide the research community with new perspectives on the future shape of UK society and its economy, and, crucially, quantifications of key indicators, which can provide a consistent starting point for differing analyses of the climate risks facing the UK and the nations.

They are not predictions; as events this year have taught us, the future is impossible to predict. Instead, the scenarios acknowledge that we cannot assume aspects of society and the economy follow ‘business as usual’ future trajectories or simply ‘high’ or ‘low’ trajectories; the study acknowledges that the economy and society can diverge quite substantially from historical trends, and it is the storylines behind those divergences which they seek to explain and quantify.