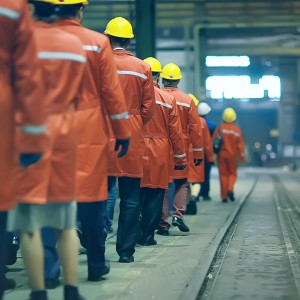 The first in a series of blogs looking at uses of the European Regional Database, Ben Gardiner looks at spatial disparities in productivity and how they compare across countries in the EU and within the UK.

Using Cambridge Econometrics’ European Regional Database, we can replicate this using output per persons employed rather than per hour – there are some minor differences, but the broad story remains the same with the UK ranking as the country with the third-highest productivity disparity.

How regional productivity changes over time

The above figure is simply a snapshot, however, and it is interesting to see how this picture has evolved over time. Again, using the European Regional Database we can explore this (see figure below). A few stories emerge from the time series of regional disparities:

To what extent has London really pulled away from the rest of the country?

The answer to this is provided in the next chart, which shows each individual (NUTS2) region’s productivity as part of the overall distribution. Here, the pulling away of Inner London (West and East), and more latterly parts of Outer London, is clearly seen.

Fewer and fewer regions are above the average as these parts of London have also gained employment, increasing their share or weight in the overall economy. This finding accords with a recent bulletin from the ONS reporting that only two NUTS1 regions (London and the South East) had above-average levels of labour productivity.

Indeed, if we ignore these top three regions and re-calculate the ratio, it falls between 1981 and 2017, from 1.8 to 1.6, showing the relative range has actually decreased.

The above analysis unpacks the information contained in the Industrial Strategy Council chart and reveals the cyclical nature of divergence in the UK, but also the recent trend of divergence which seems to be proceeding unabated while most other Member States are either stable or declining in the spread of their regional prosperity.

However, London is such a large share of the economy that we cannot ignore it, which also begs the question what exactly is meant by the levelling up rhetoric – is it a levelling up of performance, powers, opportunities, or what?

Having taken ownership of this phrase and used it as a mantra for improving regional performance (and reducing disparities) the government now has to define precisely what it means and then lay out the policies to pursue it.