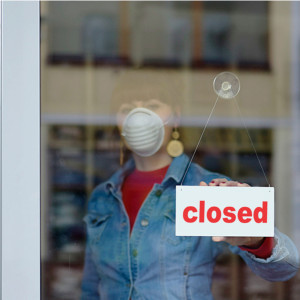 Senior Adviser Andrew Sentance comments on the latest news on UK inflation arguing that given inflation is rising and not falling, policy-makers must remain vigilant.

The headline news on UK inflation this week was that the key measure of consumer prices – Consumer Prices Index (CPI) – was just 0.4 percent up on a year ago. That was significantly down on a year ago, when the equivalent figure was 1.7 percent. This is a surprising result when half of the economy is shut down and therefore you might expect to see shortages pushing up prices.

But the measurement of inflation is not a straightforward business, particularly when the economy is in lockdown. Many prices cannot be measured in the same way as normal. For example, the prices of clothing and second-hand cars were identified by the Office of National Statistics as holding down the latest inflation numbers. But clothes shops and car showrooms are closed for normal business.

When markets are not operating properly, how do we get a handle on the true rate of inflation?

A wider range of inflation indicators

One way is to look at a wider range of indicators. The chart below shows 10 measures of UK inflation – based on the CPI or variants of it, Retail Prices Index (RPI and RPIX), producer prices in manufacturing industry (PPI), house prices and the deflators for Gross Domestic Product (GDP) and Gross Value Added (GVA), The average of these measures is 3.1 percent, and the CPI is the lowest of these indicators. Whereas the CPI inflation rate has fallen from 1.7 percent a year ago to 0.4 percent, the average of this basket of inflation indicators has nearly doubled – from 1.6 percent to 3.1 percent.

What is going on? The measures of inflation which are pushing up this composite indicator are the GDP/GVA deflators and house prices. There are two main factors driving up these measures.

The elevated level of the GDP/GVA deflators reflect the fact that real economic activity has fallen sharply with successive lockdowns, but the money value of economic activity has been sustained by various mechanisms of government support. The rise in house prices has been supported by large monetary injections into the economy during the pandemic, against a background of subdued increase in housing supply.

Why might that be the case? Standard macroeconomic analysis suggests that a combined monetary and fiscal policy stimulus – which we have seen over the past year – is likely to lead to a rise in inflation. If this is to be avoided, the stimulus needs to be unwound as the economy recovers.

On the fiscal policy front, that is likely to happen as the economy picks up later this year and in 2022, enabling the government to remove temporary spending support and tax reliefs. But there is more uncertainty about what will happen with monetary policy. Recent statements from Andrew Bailey, the Governor of the Bank of England – and his fellow Monetary Policy Committee members – show little appetite for monetary tightening. which could take the form of a rise in interest rates or an early withdrawal of Quantitative Easing (QE). If the response of the Bank of England after the Global Financial Crisis is a guide, the UK monetary authorities will be very reluctant to withdraw monetary stimulus until the inflationary warning signs are much clearer.

In this context, it is a bit worrying that of all the currently available UK inflation measures, the CPI index is the lowest, at 0.4 percent. It is probably giving an artificially low reading, and is not necessarily a reliable indicator in these times of Lockdown.

The Bank of England therefore needs to be watching a much wider range of inflation indicators in the current circumstances. There is no perfect measure of inflation in any economy, but in the current lockdown distortions to measures of inflation are much more likely. However, when a basket of measures shows that inflation may be around 3 percent compared to the headline CPI indicator of 0.4 percent, policymakers need to be especially vigilant.