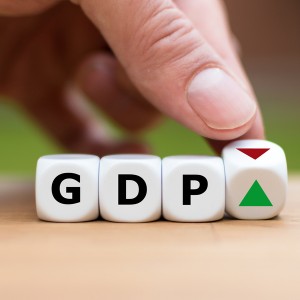 If we look at progress over the course of this year, economic growth has virtually ground to a halt. The output of the UK economy is just 0.1 percent bigger than in the first quarter of this year.

Why is the economy so flat? Three main factors appear to be at work.

First, the global economy has slowed as global trade growth has been affected by tariffs and other protectionist measures.

Second, the fundamentals which support economic growth have become less positive in recent years. Like other Western economies, the UK has been struggling to achieve substantial productivity growth since the financial crisis. We are also now benefiting less from employment growth than earlier in this recovery. With the unemployment rate now below 4 percent, the economy has less scope to draw on spare capacity.

Concerns about Brexit have also disrupted the flow of migrant labour from other countries in the European Union and is having other negative effects on GDP through its impact on UK domestic demand.

Thirdly, business investment is declining. Normally, as an economy approaches capacity limits and unemployment is low, investment would accelerate as companies aim to put in more capacity to meet future demand. But this is not happening here in the UK due to Brexit uncertainty. In fact, UK business investment has been on a declining trend since 2017.

In addition, the UK economy is becoming even more unbalanced. Manufacturing industry is contracting while services activities continue to grow. Services growth continues because it is being supported by increased spending by consumers and the government. But business investment is in decline – raising concerns about the ability of the UK economy to support future growth. Meanwhile, the personal sector and the public sector are in danger of funding their spending plans by building up future debts.

The picture of the UK painted by the latest GDP figures is of a flattish economy which is becoming more unbalanced. Despite the 0.3 percent rise in GDP, this is not good news.