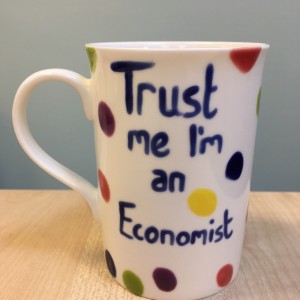 Cambridge Econometrics recently attracted social media reaction to the news that we’ve been commissioned by the Greater London Authority to undertake analysis of the possible impacts of Brexit on different sectors of the London economy.

“Well they would say that, wouldn’t they?”

Some writers (including Tom Parfitt of The Express), from the pro-Brexit side of the debate expressed the suspicion (to put it mildly) that we were already captured by the Remainer view, to put on record “well they would say that, wouldn’t they?”, before the research had even been finished.

Economics can never be a purely ‘technical’ subject. What we think about the economy reflects what we think about how people (and the firms and governments they make up) behave.  We’re influenced consciously or unconsciously by big-picture narratives, by what our friends think, by what we have personally at stake.

Some issues, like Brexit, become politically charged and polarise opinion into hostile camps. As the temperature rises, it becomes acceptable to each side’s supporters – even praiseworthy – to use any tactic to undermine the opponent for the sake of winning the argument.  And economics isn’t unique in this: witness the debate about GMOs or climate change.

But it’s not just a problem of the debating tricks – the selective distortion, the deliberate sowing of confusion, the suggestion of guilt by association. When we’re genuinely trying to understand rather than (initially, at least) persuade, we give more weight to particular arguments or evidence, we select, we filter. Not deliberately, not to prepare a case, but because that’s the way our minds assimilate new information.  Does this matter? Does it fit? How much of what I previously believed do I have to undo?

So, can economists conduct ‘objective’ research, and how should they work in a politically-charged climate?

The practice of integrity

It is tempting to seek ‘balance’: to present any and every argument and to steer clear of venturing an opinion about how much weight to give to each one.  But this leaves the job half-done. It gives column inches to those who make the most noise, and that is precisely what evidence-based analysis has a duty to avoid.

In the end, it comes down to the researcher’s integrity.  You try to recognise your prejudices. You try to listen to the arguments that come from another viewpoint.  You try not to dismiss inconvenient evidence. You try to test your line of thinking against alternatives.  You try to spot what you’ve so far left out.  And then you construct the best narrative you can, that makes sense of as many pieces as you can, including the most important pieces. And you acknowledge that someone who develops a different narrative may have worked in that same way: if they did, there could be the basis for a discussion that generates more light than heat.

And you accept that any analysis you do that is politically relevant will be used, abused, buried or labelled by those whose job is advocacy, because that’s how we debate things that matter.

Thanks to Yvonne Baccenello of Pots and Dots for the wonderful mug.