The UK – an imbalanced economy 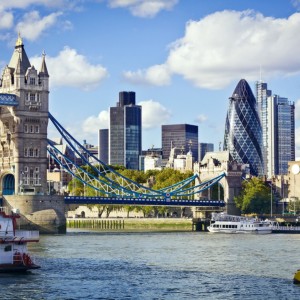 In the first of three blogs focusing on imbalance in the UK’s economy our Director, Ben Gardiner, takes a look at spatial imbalance and productivity.

We find that London pulls away from the other UK regions in terms of productivity and that the regional productivity divergence is more stark in the UK than in other EU member states.

Furthermore, the advent of Brexit may exacerbate the ‘gap’ in productivity performance between London and the other UK regions, because the capital is more resilient to economic shocks and has a more global orientation relative to other UK regions.

What do we mean by imbalance?

The focus here is on productivity, as this links directly to work being undertaken with the Productivity Insights Network, where I am a Co-Investigator, alongside Cambridge Econometrics’ Chairman Richard Lewney.

Spatial imbalance within the UK

It has long been known that the UK’s economy has become increasing spatially imbalanced, and the metrics used are often GDP per capita or simple output shares.

GDP per capita can suffer from commuting effects, particularly at smaller regional levels, while output or employment shares do not take account of the efficiency with which value is produced by the economy – of crucial importance given the UK’s productivity slowdown over the past 10 years.

If we look at the spread of productivity shares across the country at regional level and how this has evolved since 2000, we can see a widening gap around the average, with only London and the South East above the UK.

But is this increase in spread, caused mainly by London pulling away from other regions, unusual? To look at this I’ve taken the same type of data for a few other countries in Europe and have measured the degree of spread (or standard deviation) of regional productivity around each of the country averages.

The two following charts look at the level and change of productivity spread across NUTS1 regions (large regions such as the South East, the same as highlighted above in the first chart). The analysis has also been undertaken at NUTS2 level (counties or groups of counties/districts or unitary authorities) and the conclusions remain largely the same and so results are not shown here.

If we firstly look at the level of spread we can see how, in the early 2000s, Germany had the greatest divergence of regional productivity, perhaps not surprising given the East-West divisions that still persist in the country. The UK had already overtaken Italy (with its entrenched North-South divides) by the start of the 2000s, and by 2017 had caught up and overtaken Germany. The same chart indexed to 2000 shows more clearly how Germany’s productivity spread has barely moved over the period, while in the UK it has risen dramatically, outpacing Spain and Italy to have a dispersion twice as high in 2017 as it was in 2000.

What can we learn from this?

Firstly, the degree of persistence in the UK regional results. The UK regional rankings do not change much, if at all, over time and so it is clearly a very difficult task to change the status quo.

Secondly, how London dominates the UK narrative. It is mostly responsible for the rising spread in UK productivity performance, and its post-recession slow-down in trend is mirrored in the UK’s change in trend from around 2007 onwards.

Thirdly that, although the rising spread of productivity performance has moderated since the Great Recession, there is no sign of it reducing and so it is quite likely that the UK will become further polarised unless significant policy action is undertaken to help the other regions catch up.

Finally, most research on the regional effects of Brexit show that London will suffer the least due to its global orientation and a greater degree of resilience. So the impacts of Brexit are likely to further exacerbate the polarisation of productivity divergence in the UK, which was (somewhat ironically) part of the cause for the Brexit vote in the first place.