Home » Blog » The impact of a carbon tax in the USA

The impact of a carbon tax in the USA 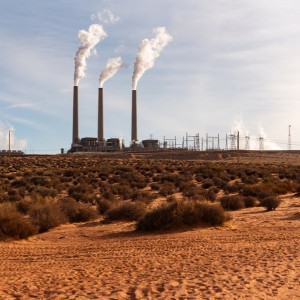 Carbon taxes have largely failed to gain traction in the United States, despite being a key requirement for rapid decarbonisation at a local, state or national level. Policymakers and voters have declined to endorse them, concerned about costs to consumers and negative impacts on the economy. Jon Stenning applies a new state-level energy-environment-economy model (E3-US) for the first time and finds that a carbon tax could deliver economic benefits under the right conditions.

Carbon taxes are often presented as a favoured policy for tackling climate change. The High-Level Commission on Carbon Prices concluded that imposing a cost on carbon is the most economically efficient way to reduce greenhouse gas emissions.

However, this conclusion is based upon a neoclassical view of economics where agents in markets operate rationally with perfect information and therefore markets themselves operate in an optimal fashion.

In such a framework carbon taxes are thought of as minimising interference in the market and therefore costs. However, there is a substantial body of evidence that environmental taxation can have a positive impact on economic growth (including work from organisations such as the Ex’tax Project, OECD and the European Commission).

This can bolster the arguments in favour of the introduction of a carbon tax.

In the US, carbon taxes have failed to gain much traction. The Regional Greenhouse Gas Initiative has been successfully implemented in 9 Northeast states, but permit prices remain low and many other states have refused to implement such legislation.

In Washington State, two variations of carbon tax have been rejected by public vote; I-732 sought to introduce a carbon price starting at $15 per tonne of CO2 rising to $100/tCO2 in 2050 and revenues were to be used to cut sales and income taxes.

Despite the relatively low ambition (and clear targeting at reducing the imposition of tax elsewhere), the initiative was rejected.

We have applied our new state-level energy-environment-economy model, E3-US, to assess the impacts of different taxes, taking the I-732 as a starting point. Starting from a baseline of no further policy action, we model three scenarios;

E3-US shares the same framework as E3ME, and therefore has many of the same characteristics. Our findings are broadly aligned with previous work carried out in E3ME, namely;

The impacts on the energy system are to some extent counter-intuitive – even with a more ambitious tax, emissions from power generation in Washington State fall only slightly, as a result of increased electrification and the low early carbon price leading to an investment in gas-fired generation, rather than zero-carbon technologies.

Our conclusions from this analysis are:

More detail on the modelling work is included in my presentation to the United States Association for Energy Economics conference in Denver. The full paper that this blog is based on can be found on the USAEE conference website and the E3-US website.