Home » Blog » The gap to 2°C: it’s narrower than most people think 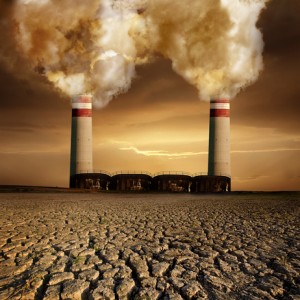 Cambridge Econometrics’ projections suggest that the carbon emissions gap to 2°C might be 10 GtCO2e in 2030, notably less than projections by other research institutes, including those in the UNEP report published this week.  There is reason to be optimistic.

But why is our figure lower?

The reason is that the macroeconomic modelling approaches used by Cambridge Econometrics go a long way beyond simply adding together emission reductions and aggregating to a global total.

Our approach includes technology spillovers, which occur when the adoption of technology by one country makes it more accessible for other countries.

Around the time of the Paris climate agreement, several research institutes published estimates of the emission reductions that would be achieved by implementing the Nationally Determined Contributions (NDCs) that were pledged.

There is broad consensus that if each country achieved their NDCs then carbon emissions would fall, but not by enough to limit temperature change to 2°C.

The underlying methodology used by the institutes was to estimate the emissions savings by each country and then aggregate to a global total. According to ClimateActionTracker the gap to a 2°C scenario is still 15-18 GtCO2e and the new UN UNEP report on closing the gap suggests 13.5 GtCO2e (p15).  While there are variations in the emission reduction estimates (attributed to differences in interpretation or means of quantification), there is no variation in the methodology used.

The analysis played an important role in the negotiations at Paris and has provided a benchmark for subsequent assessment. Organisations such as ClimateActionTracker have continued to update the estimates but the basic methodology remains unchanged.

This approach has limitations, however. Importantly, it does not account for what economists refer to as ‘endogenous technological change’ and technology spillover effects, both positive feedback effects that could reduce the costs of meeting climate targets. These feedback effects are a key feature of Cambridge Econometrics’ E3ME model.

To begin to understand this, first note that there are still many countries in the world whose NDCs do not go much beyond what would be expected in a baseline (or do not have NDCs at all). Even in China emissions could peak before 2030 without further climate policy.

Now imagine that they also have access to cheap solar power, wind power and other low carbon technologies. Emissions could fall by more than what was promised in their NDCs, i.e. they would overshoot their targets.

If other countries invest in low-carbon technologies so as to meet their own NDCs, this is exactly what will happen. Higher global demand will allow for further technology development and economies of scale in production. As a result, the technology will be cheaper for everyone.

In summary, the summing up of NDCs is a quick and intuitive way of estimating the emissions gap, but it overlooks the fact that policy can affect the direction of technological progress. For serious policy analysis, a more sophisticated modelling approach is required and when applying it we find that the current projections are too pessimistic.