Home » Blog » The future of economics

The future of economics 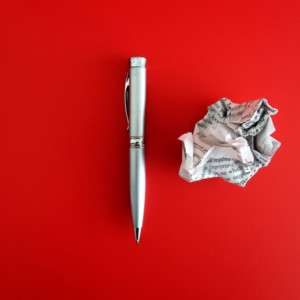 A rare dip into economic philosophy recently turned up a timely piece on the issues that macroeconomics is facing. It prompted our Head of Modelling, Hector Pollitt, to question the future of economics.

Robert Delorme lays out a ‘problem first’ approach to economic analysis. In summary, he proposes that we should first identify the problem, then work out the best approach to assess it and only at that point do the analysis.

This approach contrasts with that of mainstream neoclassical economists, who usually advocate a single approach based on textbook theory and have gradually extended their reach into other fields, often with little regard to the validity of their underlying assumptions.

And it is not just mainstream economists who fall into this trap – as a consultancy, Cambridge Econometrics is very much geared towards thinking ‘problem first’, but we actively have to resist the temptation to automatically reach for the E3ME model to answer every question we get.

An exciting time to be an economist

After years of struggle, it is an exciting time to be a heterodox economist. Three publications in the past two weeks explain why.

First, an excellent academic article by Carolina Alves and Ingrid Kvangraven explored possibilities for the future of economics post covid-19.

This was followed by the Economist declaring that we were now at a turning point in macroeconomics. It seems the pandemic and the government responses may be managing what the financial crisis could not: a fundamental rethink of economic theory (and economic models).

If the Economist is not establishment enough, the next day Ed Conway reminded us in the Times that the robots are coming, with huge long-run implications for labour markets. As I have previously written, this may not just change the study of economics, but the economic system itself.

And we must not forget the challenge we all face with climate change. Whisper it, but economists are beginning to agree that a carbon tax may not be the silver bullet that neoclassical economics has led us to believe.

The critical link between the challenges that society faces (pandemics, automation, climate change and many more) is that they are founded on interactions at individual level, but have macro-level outcomes, often referred to as transitions.

The pandemic (unfortunately) provides a perfect example: disease is transmitted between two people interacting, but then there is increased risk for everyone else. We are not just interested in the final state, but who is affected (and how) along the way.

The micro-level interactions are characterised by being specific to a time and location. They are often non-reversible, following an evolutionary path (you cannot un-get a disease, technologies cannot be un-invented). They often have non-linear impacts on wider society including ‘positive feedback’ effects (e.g. new technologies allow further new technologies to develop).

To be ‘problem first’, our new economics must be able to understand this.

Fortunately, there is a branch of economics designed to do just that. Complexity economics, a term coined by the economist Brian Arthur, draws on insights from biology and physics to explore individual interactions and how they link to macro outcomes. It incorporates insights from Joseph Schumpeter and evolutionary thinking. While it would not have been able to predict the financial crisis or pandemic, it would (and has) helped us to understand what is going on.

However, there are still large gaps in complexity economics. First and foremost is a proper theory of money – which was the main driver behind the Economist article. Here we can draw on Post-Keynesian economics. Credit money (where lending creates new money) has now been shown as correct, both empirically in the current economy and anthropologically in the past. My own forthcoming model simulations will add to the weight of evidence.

And here we do find compatibility. A careful reading of Keynes reveals he would be very much on board with complexity economics. There are no barriers to fitting complexity economics into an overarching Keynesian framework. There is, however, some work for colleagues at Cambridge Econometrics to do in integrating the modelling approaches.

We also must not ignore the environmental constraints that we live in. Here we need to ignore the false sirens of Environmental Economics that have led us down so many blind alleys and instead bring in insights from Ecological Economics. At a bare minimum we must adopt the basic representation that the economy is a segment of society that interacts with ‘and is constrained by’ the natural environment we all live in – as Kate Raworth has demonstrated so clearly in Doughnut Economics.

Again, there are no glaring inconsistencies between the different schools and some academic disagreement has been quietly resolved already.

Would such an economic framework be able to answer all the major questions we face? Adopting a ‘problem first’ approach, the answer is surely no, but it would give a good starting point for both theoretical and model-based analysis. It could be further extended to incorporate findings from other schools of thought without too much difficulty.

Neoclassical economics will undoubtedly fight back – it always does. But the battleground is more even than ever before. And when the inevitable ‘show us the model’ question arises, we must be ready to do so. The future of our economies, societies and environment demands nothing less.