Home » Blog » Explainer: the economics of the Coronavirus pandemic

Explainer: the economics of the Coronavirus pandemic 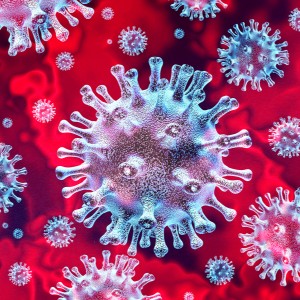 Governments are trying to mitigate the threat posed by the Coronavirus pandemic to economic well-being.

This blog by Richard Lewney sets out the principal channels of impact and the issues that need to be addressed in designing mitigation measures.

The economics of the demand and supply-side disruption

Consider two businesses that face a fall-off in demand that is expected to be temporary.

Business 1 is a car maker

Suppose that sales of new cars collapse because car buyers are deferring new purchases and driving their old cars for a few extra months.

The car maker can continue to make cars, if it can find a place to store them in inventory, in anticipation that when new sales rebound it will be able to sell them. Demand is depressed now but pent up: it will by buoyant later.

The car maker does, however, face a liquidity problem: how does it keep paying running costs, wages and other overheads while no revenue is coming in?

If a bank is confident that sales will rebound so that the business is viable, it will be willing to make a loan to the car maker to tide it over. The car maker will have to incur the extra cost of the interest on the loan and the cost of storage, but otherwise its balance sheet position is maintained and the business can go on.

Business 2 is a restaurant

If the restaurant wants to stay in business and retain its staff when customers stop coming, it also faces a liquidity problem.

But unlike the car maker, the restaurant can’t keep working and store products in inventory. When an evening passes with no covers, the product (the experience of eating out) that could have been created then is lost.

When the crisis is over and customers return, there is no inventory out of which sales can be made to repay any loan taken out to tide the business over. The restaurant’s balance sheet takes the loss.

That would be true even if there were a period of unusually high demand (binge eating) after the crisis: the business would make extra profits then, but (because it has to incur running costs to meet the new demand) this can’t compensate for the losses during the crisis. In any case, binge eating (or the equivalent in other areas of this kind of consumption) is unlikely as Simon Wren-Lewis has written.

In reality, the difference between the two businesses is not quite as stark as this because of the measures we take to manage uncertainty. Car makers don’t maintain production when sales fall. They don’t expect the rebound to completely compensate for a demand dip now. They reduce their risk exposure (the size of the loan they take out) by cutting production and laying off workers.

So because car makers operate below normal capacity, they too suffer some loss of production that will not be fully recovered later, but the problem is less acute than for businesses for which production and consumption are simultaneous.

In the pandemic, all businesses experience the supply-side loss of production that comes from reduced labour time (due to sickness or caring for children when schools are closed) or less productive ways of working. Some businesses also suffer the impact of lack of availability of inputs due to supply chain disruption.

Who bears the cost?

There is, therefore, an unavoidable, permanent loss of production and the associated incomes. Whether this has knock-on consequences (via the Keynesian expenditure multiplier or through damage to the economy’s supply capacity) depends on who ends up bearing the cost.

The impact is felt first in profits and then wages as workers are laid off and self-employed / zero-hours workers don’t get work. Some of that income and the spending it pays for is taxed, so the impact of lower incomes is shared in part by government which sees tax revenues fall.

Then private and social insurance kick in. Business interruption insurance might share some of the impact on profits with insurers (in turn affecting their profitability). Welfare benefit payments provide some limited support to those who qualify, increasing government expenditure.

Bank loans and mortgage ‘holidays’ (which extend the mortgage to include unpaid interest due) don’t bear the cost: they allow the borrower to pay (more) later.

But if the borrower’s losses become so large that there’s no prospect of them servicing their debt later, they default on their loan and then that loss is borne by the bank.

Other creditors such as suppliers may also incur losses.  If such defaults become widespread, as they did during the Great Recession, fear of bank insolvency could cause banks to stop lending to each other and thereby trigger a vicious cycle of defaults caused by a shortage of liquidity.  Concerns about this have already prompted action by central banks.

In a widespread crisis like this, policy-makers face these three questions:

Governments have clearly answered yes to the first question.  The second is currently being raised by particular sectors, notably airlines.  You should rescue us, the argument goes, because once lost that capacity is not easily rebuilt when the crisis is over. The way the third is handled could give rise to a social and political reaction to the crisis.

It is a cliché but cash is king: the immediate cause of business failure is a cash-flow crisis. Faced with any economic recession, banks react to the escalation of risk by restricting new loans, raising borrowing costs and demanding more collateral. A business that is not just short of cash but making large losses with no end in sight will not get further credit.

Government action to guarantee bank loans (in the UK, the £330bn package announced by the Chancellor on 17 March) and central bank action to cut borrowing costs and exchange cash for other financial assets are designed to address this and forestall a general liquidity crisis. The offer to defer the timing of tax payments (such as VAT) is another measure that targets liquidity.

Here the macroeconomist’s usual toolkit is not so helpful.

In a ‘normal’ recession the impact on demand from businesses cutting investment and households cutting discretionary spending can be offset, at least in part, by monetary and fiscal policy: interest rate cuts, tax cuts and government spending can support demand.

But in this crisis the swathe of businesses whose customers cannot (or will not) purchase their product will not be helped by spending elsewhere in the economy.

For the most part, the business activity cannot be repurposed to supply something else (such as a switch to takeaway food by restaurants and pubs).

Of course, government-funded health systems such as the UK’s NHS are stepping up spending dramatically, and any measures that support household incomes will help prevent a further downward spiral of decline. But neither of these will help the directly-affected businesses or their workers.

Sharing the burden of lost income

Having decided that we need to go beyond the normal limited burden sharing, the questions are how much of the burden to take on and how to target the support to those who need it?

Some burden sharing is already included in government actions, for example in the UK the government began by announcing grants and tax reliefs to businesses in the directly-affected sectors. But the scale of that kind of support is small compared with the prospective size of losses.

The problem with targeting is that government does not know who should qualify for how much help. For a programme on this scale and of this urgency, it is not feasible to have a bureaucratic process to assess qualifications. But no one wants to create the opportunity for fraudulent claims. That’s why operating through existing channels such as business rates relief is appealing.

The same logic supports the unprecedented Coronavirus Job Retention Scheme to fund 80% of furloughed workers’ wage costs (up to a ceiling) announced by the Chancellor on 20th March, which relies on the knowledge that HMRC has of firms’ employees via the existing tax system.

But the biggest challenge is to reach businesses and people who are largely outside of the scope of existing channels, notably the self-employed and workers on insecure, low-paid forms of employment. Economically, these groups are among the most vulnerable in the current crisis. A growing number of ideas are circulating about how to provide these people with some form of income support.

The level of ambition varies but, right now, a timely response is of the essence. In practice, therefore, that is likely to involve us having to find ways to re-purpose existing systems rather than construct whole new ones.