Home » Blog » Rise of the robots – and the fall of capitalism? 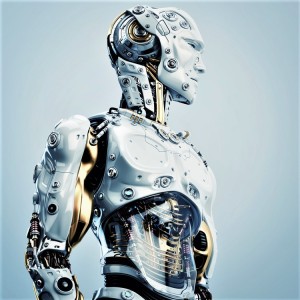 Hector Pollitt explains why scenarios currently being assessed at Cambridge Econometrics are pretty pessimistic as far as jobs are concerned.

The end of capitalism has been predicted many times before, going back to at least the writings of Karl Marx.

More recently, the financial crisis led many people to believe that a new system was both needed and inevitable. In many cases the predictions were based on either flimsy or flawed evidence and reflected the political leanings of the authors.

As noted in my previous blog post, there is a stronger environmental argument that suggests everlasting economic growth is not possible because of the physical constraints imposed by the planet. The Green Party MP Caroline Lucas recently wrote that a new paradigm is needed and there are many people out there that agree.

While the debate goes on, relentless technological progress continues in what is often referred to as the ‘tech’ sector. It seems a question of when, rather than if, large-scale automation, will impact on the world’s economies. This process is usually seen as disruptive innovation, however; more capitalism in action rather than a threat to capitalism itself.

Lots of jobs will disappear…

There seems little doubt that automation, through a combination of artificial intelligence and robotics, will be disruptive. Studies by PWC and McKinsey predict that 30-40% of jobs could be at risk in the next 20 years. Although there are plenty of reasons to question the precision of the figures, the trend is clear: lots of jobs are going to disappear.

…but does this matter?

Textbook economics suggests that these workers will find jobs in other (maybe new) sectors, although possibly with a delay. However, textbook economics assumes that the economy will move back to equilibrium in the long run. A combination of lower wage rates and reduced production costs will assist in the process of structural change.

The scenarios currently being assessed in the E3ME model suggest a different story, and show that the assumption of equilibrium may be misguided. The key question is where the demand for products comes from if labour income is reduced substantially and a substantial part of the share accruing to capital is saved rather than spent.

In summary, the model results confirm the suggestion by Martin Ford that the loss of jobs will lead to further job losses, even in sectors with limited automation. Or to put another way, if the economy is operating below potential, multiplier effects are important and the 30-40% loss of jobs could be an underestimate.

Under such conditions a Universal Basic Income (UBI) or equivalent benefit system would be inevitable, potentially funded by a tax on robots (if possible) or simply printing more money. UBI could offset the multiplier effects but would not halt the ever-increasing reach of automation.

If we reach an eventuality where most products have a token price and the majority of the population receives a fixed income from the government, could we really say we are living in a capitalist system? Many would recognise such a system as being communist in nature, albeit with a few super-wealthy individuals who control the machines that produce everything.

Policy makers are beginning to wake up to the extent of the challenge. In a world in which companies in different countries compete with each other, it will not be possible to halt the progress of technology and automation. But this time capitalism really could be on the way out – at least in the form that we know it.

This work was carried out under the Monroe project, which was funded by the European Commission’s Horizon 2020 research and innovation programme (grant agreement 727114).

If you would like to explore how we can use our modelling capability to answer some of the questions you have about the impact of innovation and technology on the economy, please contact me.