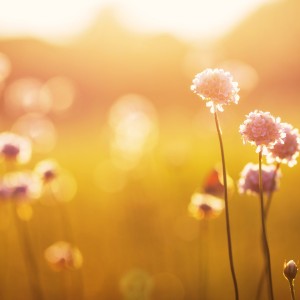 It’s been a week since the Conference of the Parties (COP) in Bonn, so it must be time to start thinking about Christmas (or in my case this year, my wedding!). But before moving on completely it is worth spending some time reflecting on the events of the last few weeks.

COP23 was not regarded as an ‘important’ COP in that no big announcements were expected. So there was less focus on the negotiations and more on other activities. With a considerable distance between the site of the negotiations and the site with the pavilions and side events, at times the COP felt like two events going on simultaneously.

The most obvious talking point was the US’s representation. With the federal administration declining to fund US activities, it fell to Bloomberg Philanthropy to pitch up a tent between the two COP sites. But despite outdoor temperatures less than 5°C, the US was certainly not left out in the cold with a series of spectacular events filled with big names from both politics and business.

For many people, I suspect #WeAreStillIn and @AmericasPledge will be the lingering memories of COP23. Retrospectively, the US federal government may have made a mistake in leaving space for the creation of a platform to campaign against its own message.

Positive vibes all round

It was not just the Americans who were relentlessly optimistic, however. At times it felt like everyone had forgotten that current NDCs are not sufficient to achieve 2°C, let alone 1.5°C. The publication of a new report suggesting CO2 emissions will rise in 2017 by 2% was generally shrugged off. Why?

The general feeling is that the immediate technological challenges have been met. Solar is leading the way, with wind power, electric vehicles and battery storage chasing behind. The role of policy is fast becoming one of enabling change rather than forcing it to happen. I suspect the mood would have been quite different if solar panels still cost the same as ten years ago – Germany, which took criticism for still using lignite for power generation, can take some credit here for helping to kickstart the solar revolution with its energiewende programme.

The policy discussion has clearly moved on considerably. Throughout the COP there was a focus on ‘bottom-up’ policy making, with policy coming from local communities, cities, businesses and local networks – but which must be consistent with national policy. Most of these discussions presented examples of policies that ‘work’, by either improving local welfare or company profitability. To be clear, I don’t remember anyone talking about ‘minimising costs’, or even generating ‘co-benefits’, the examples shown were implemented because they offered clear climate and non-climate benefits to the actors involved.

Messages for the modelling community

So what does this all mean for economists and Integrated Assessment Modellers? The main message is that the publication of the IPCC’s 1.5°C report will likely mark a passing from the agenda-setting exercises that identify optimal pathways to real-world assessments of individual policies. Relying on carbon taxes for modelling exercises is not going to be sufficient, as policy makers want to know the impacts of their own detailed policy proposals (I will stick my neck out now and say there will never be a global carbon price).

Policy is also likely to become more local, so new tools may need to be developed. And, more than anything, segments of the population cannot be left behind, so modellers must be able to assess unemployment, distributional effects, quality of life and account for potential stranded assets.

This is going to be quite a challenge, even for advanced models such as E3ME that are already set up for policy assessment. But it is of paramount importance, as even with falling technology costs there will inevitably be winners and losers from the low-carbon transition that is required to meet climate goals.

Policy makers are going to need all the available tools to first identify those that may lose out and then test remedial policy. It is up to the economists to provide the tools that are required to keep communities on board with the low-carbon transition.