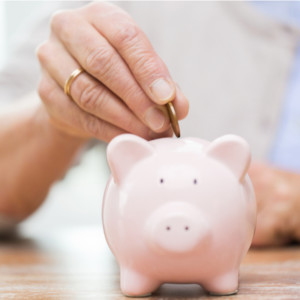 This is the second blog in a case study series that explores the merits of microdata in policy analysis. It investigates changing retirement patterns in the UK, using the Annual Population Survey (APS) microdata set.

As we learned from the first blog in this series, microdata allows us to go beneath the surface of traditional aggregate statistics to shed light on the circumstances of different groups. They are an increasingly important source of insight for our work here at Cambridge Econometrics.

Case study: Changing retirement patterns for women in the UK

I initially chose to use the Annual Population Survey (APS) to analyse the changing labour market behaviour of older people over the past 10 years. The APS is an annual survey of households in the UK that combines the quarterly releases of the Labour Force Survey. A key feature of the APS is its large sample size, making it effective for analysing different socioeconomic characterises, that may not be so easily analysed in other microdata, where the sample size is smaller.

Choosing retirement rate as a key indicator, the large sample size allowed me to consider how the retirement rate has changed for a small section of the older population. I particularly focussed on women aged 60-64, as between 2010 and 2019 the changes to the state pension have directly impacted their decision to retire. In 2010, most women aged 60-64 would have been able to claim the state pension, while in 2019 all women of the same age cannot.

So how has this case study illustrated the benefits of microdata?

This brief exercise exploring the benefits of microdata in policy analysis has highlighted that microdata sets enable economists to examine socioeconomic characteristics at an individual level, which make it possible to thoroughly examine economic and social indicators among certain groups in society. It has also shown how useful microdata can be to inform more targeted policy interventions.

The state pension age is planned to continue to rise to 67 for both genders by 2027. It will be interesting to see if some of the brief findings here continue to play out. For instance, would we see the same fall in women retiring from lower paid occupations, while women retiring from higher paid occupations remain the same? How retirements change by gender will also be interesting. Fortunately, with microdata sets like the Annual Population Survey, such rich data at the individual level will help inform policy development that takes into consideration the more nuanced impact potential of policy implementation.

Stay in touch with Cambridge Econometrics by following us on Twitter and LinkedIn.