Jobs: winners and losers in the circular economy transition 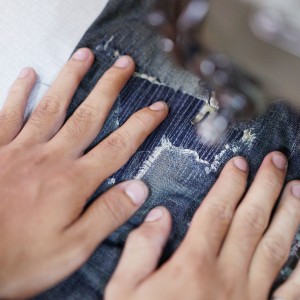 Here Unnada Chewpreecha, explores why many studies overestimate the positive job impacts of the transition.

The complex interaction between sectors and regions and between different economic, environmental, material, energy and labour market indicators is often overlooked.

She argues that by using a whole-economy modelling framework, such as Cambridge Econometrics’ E3ME model, we gain a fuller picture of the impacts of the transition, including job losses in sectors associated with the linear economy and rebounds in consumer spending which occur as a result of efficiency gains and cost savings from circular economy activities.

A linear economy is one where resources are extracted, used and then disposed of, while in a circular economy resources are kept within the use phase for as long as possible, and hopefully indefinitely.

As the economy moves away from a traditional linear economy towards a more circular economy, it is inevitable that there will be impacts on the economy and employment levels.

For example, there will be some negative impacts on labour demand in the extraction and the disposal phases of consumption, and positive demand for labour as a result of more recycling activity. So, the picture is mixed.

Why do many studies overestimate the job impacts?

To date, many bottom-up studies that have considered the labour market impacts of a more circular economy provide job estimates of creation in the recycling sector and its supply chains.

Such an approach can create a positive bias because they omit job losses in other sectors, and impacts from income losses are not taken into account.

How can we capture a more complete picture of the impact on jobs from circular economy activities?

At Cambridge Econometrics, we have a fully integrated energy-environment-economy (E3) model, E3ME, which can present a fuller picture of both direct job losses and gains that result from a shift to a more circular economy.

The framework can also capture induced and rebound impacts from interactions between sectors and regions; as well as those between different economic, environmental, material, energy and labour market indicators.

Who are the winners and losers from the circular economy transition?

A recent E3ME application for DG Environment (“Impacts of circular economy policies on the labour market“, European Commission, 2018) sheds light on the jobs impacts in the EU from moving towards a more circular economy.

The modelling results show that while the net impacts on EU employment are positive, the sectoral composition of employment will change.

Sectors that produce and process raw materials will decline in size while the recycling and repair sectors will experience additional growth. We have also identified other sectors that will potentially benefit from a transition towards a circular economy, including services and electricity supply.

Sectors that could lose out include those that produce durable goods such as electronics, machinery, cars and accommodation.

Construction sector employment is expected to fall as a result of productivity gains linked to new building techniques. Our study’s scope excludes energy efficiency improvement to existing properties, which could well compensate for this loss of jobs.

What are the uncertainties in the modelling?

Undeniably, there are large uncertainties surrounding the future labour intensities in the waste sector due to increased automation, product material enhancement (to ease recycling) and technology.

A sustained drive to increase mechanisation in the waste sector may mean that current estimates of jobs creation in that sector could be overstated. Policymakers should therefore promote new skills to support the implementation of new technologies in the sector.

What is the trade-off between economic and environmental impacts?

Rebounds in consumer spending occur as a result of efficiency gains and cost savings from circular economy activities. They can only be captured in a full macroeconomic modelling framework, as used in the analysis for the European Commission.

Although rebound effects are good for the economy, they also mean that there is an increase in material consumption associated with additional consumer spending, which can have a detrimental environmental impact.