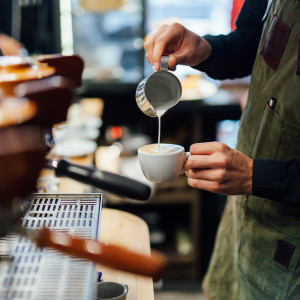 Senior Adviser Andrew Sentance comments on the latest UK inflation and labour market figures, arguing that the Monetary Policy Committee must step up to the challenge of preventing any damages of a possible inflationary surge.

The latest UK inflation and labour market figures contain a mixture of encouragement and warning signs.

The headline unemployment rate is edging down and may have peaked at around 5 percent – though we need to wait for the roll-off of the furlough scheme to be sure. It is also encouraging that the number of unfilled vacancies has risen to just over 750,000 – only slightly below the pre-pandemic level.

Inflation has picked up to 2.1 percent, its highest level for nearly 2 years. Worries that the economy would lurch into deflation because of the pandemic have proved false once again, as they did during the Global Financial Crisis.

But we now have another worry – how high will inflation go and how sustained will the rise in inflation be?

I have updated a chart first published on the Cambridge Econometrics blog a few months ago. It shows a composite of 10 inflation measures including CPI, RPI and variants of them, GDP and GVA deflators, house prices, factory gate prices and the cost of inputs into manufacturing industry.

The average of all these inflation measures is much higher than the headline CPI inflation rate of 2.1 percent. In fact it is nearly 5 percent – 4.93 percent to be precise. This is not a totally scientific measure but gives an indication of the direction of travel.

As Bob Dylan – who celebrated his 80th birthday recently – famously put it: “You don’t need to be a weatherman to know which way the wind blows”.

The wind is blowing towards higher inflation

The wind is blowing towards higher inflation, and we can already see that in the United States. The US inflation rate has now reached 5 percent, and it is quite possible that the UK will experience something similar later this year. UK inflation is currently being held down by VAT cuts to help the hospitality sector last summer.

There is a measure of inflation called CPIY which excludes the impact of these VAT cuts. It is currently registering 3.8 percent – which is the rate of inflation which the Office for National Statistics think we would see if these VAT cuts had not taken place. This is the highest CPIY rate we have seen for over 12 years.

However, Rishi Sunak is planning to reverse these VAT cuts as the economy recovers. This would push the headline UK inflation rate to over 5 percent, echoing the spike to 5 percent we have seen in the United States.

So, what is the explanation for this inflation surge and how worried should we be about it?

Governments and Central Banks around the world have relaxed monetary and fiscal policy in an unprecedented way in peacetime. Economic theory – and the experiences of managing economies – teaches us that if demand is stimulated against the background of restricted supply (due to the pandemic), inflation will follow. We see this happening now.

The gatekeepers who are meant to safeguard us against an inflationary surge are the members of the Bank of England Monetary Policy Committee (MPC). They would not be doing their job properly if they did not review the extreme monetary policy setting we have now. The official Bank Rate is at 0.1 percent – a 300 year low – and £895 billion of QE has been injected into the economy over the past 12 years or so.

If the MPC collectively sits on its hands in the face of all these inflation warning indicators, we must wonder what they are there for. UK monetary policy must not be a one-way street, always relaxing, and never tightening, which has been the pattern since 2008. Now is the time for the MPC to show its mettle. The question is whether it will rise to the challenge.