IPCC report: the macroeconomic impacts of climate action and inaction 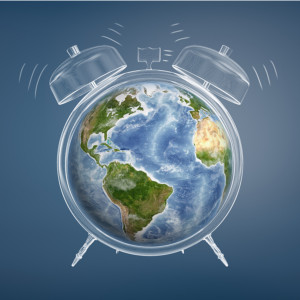 The new IPCC 6th Assessment Report (AR6) is a code red for humanity says UN Secretary-General António Guterres. The report summarises the physical evidence on climate change, concluding that human activity is warming the earth. The physical impacts of climate change have already caused devastation, and they continue to get stronger.

This report focuses on the climate science only but reads as a loud wake-up call to reduce and eventually eliminate greenhouse gas emissions. The technologies to reduce emissions mostly exist but scaling them up can only be achieved through strong and sustained commitment. We need policy leaders to make difficult choices and people to change their consumption habits.

With COP26 coming up, it’s time to take concrete action.

What is the cost of inaction?

Substantial reduction of emissions and reaching net zero by 2070 could slow down warming leading to below 2°C by 2100. This pace of warming is expected to mitigate climate damages substantially. How much would inaction and missing the 2°C target hurt?

Cambridge Econometrics has quantified the potential economic costs of higher global temperature pathways. We use the E3ME model’s GDP trajectories consistent with a business-as-usual (BAU) scenario with 4°C warming and a well-below 2°C scenario. In our estimates, we rely on global damage function parameters from Burke and Tanutama (2019) and country-level temperature aberrations.

Even without precise estimates, this indicative analysis sends a stark warning to investors, and policy makers.

What is the cost of climate action?

While international organisations and the EU recognise the importance of speeding up climate action, individual governments often hesitantly push that agenda. Fearing high short-term investment costs, job losses and the unpopularity of high energy bills, their action is slow.

Transition policies can kick-start the economy

Results from a Paris compliant well-below 2°C scenario show that investments into a capital intense green economy can increase economic prosperity. A large part of these investments will be private and would need the support of the financial sector.

Our modelling finds that low-carbon transition has net positive global impacts and can increase global GDP by about 1.3% by 2050. Countries investing in low-carbon technologies could realise even greater benefits while fossil fuel exporters lose in a global transition.

The climate modelling of the IPCC report shows that we are facing an unprecedented climate crisis unless we act now.

Economic modelling shows that this does not need to come at a net cost but can create an opportunity to grow at a global scale.

It is time to find and enable the financing of the transition, as our work on green recovery shows that with the right tools, climate action could help in preventing climate damages and also to kick-start the economy.

This article has shown a high-level analysis, but we can model detailed sector and country level impacts across several indicators.

Click here for more information on our Sustainable Investment service and stay tuned for the model update with our strategic partner Ortec Finance, due to be released later this year.