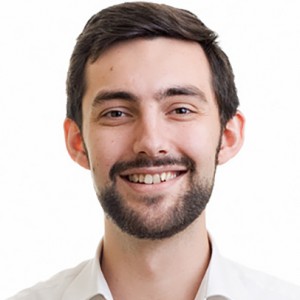 Tell us about your role at Cambridge Econometrics:

I am an economist in the Economy team, which covers policy areas like sectors and trade, infrastructure and innovation.

My role here is ultimately about finding ways to understand how policies or economic events affect us.

This can involve impact assessments for past government policies (what we call ‘ex-post’ analyses) or bespoke modelling to help simulate the likely impacts of future policies.

What happens in a typical day?

I’ve found that there can be typical days within projects, but not in the role as a whole because the nature of tasks and responsibilities varies so much depending on the research question and method.

For example, in formal economic modelling exercises, a typical day might revolve around writing computer programs or scripts that help us grasp patterns and trends.

In contrast, other questions or research projects might require a lot more reading & literature reviews, to find what we can learn from previous studies.

Across all projects though, a common feature is the process of finding the ‘story’ embedded in the evidence we look at, and conveying it in a sensible way.

What do you enjoy most about your job?

The job – and applied economics in general – often has its research questions ‘picked for it’ based on what real world issues are pressing at the time. This means that you are less able to gear your research towards areas that have convenient or mathematically elegant answers, but rather have to be creative and pragmatic in the face of ‘tricky’ questions. The upshot of this is that research questions are selected based on what issues are felt to be important, which is immensely satisfying.

Tell us about the project you’re working on at the moment:

Our team are currently working on some research aimed at understanding the effects of infrastructure projects in the North of England. Transport for the North have several in-house models which they use to understand how land is used and how transport links affect the area’s prospects. We are helping to test these models and ensure that they are as accurate as they can be (with the evidence that is available).

Of which piece of work are you most proud?

In recent years, we have worked with the European Commission on a few projects looking at the support they provide to countries which are in economic or political crisis. As a part of this, we examined the social situation in Ukraine following the annexation of Crimea.

One thing that came to light in the study was the number of internally displaced persons (IDPs) that resulted from the conflict. In the most recent tranche of support provided to Ukraine, assistance was made conditional on policies aimed at helping IDPs. Making a contribution to research in this area is something that I feel proud of.

At University, I felt inspired by Elinor Ostrom whose research focused on the tragedy of the commons and the role institutions play, and also by Thomas Piketty who highlighted some concerning dynamics and trends in inequality. More recently, I have been interested in the research of Esther Duflo, looking at world poverty and how it might be tackled. A special mention should also go to the actors in the “Boom and Bust” rap (a rap battle between Keynes and Hayek).

What advice would you give to someone looking at economics as a career?

I found that, as you start off, you are often asked to focus on honing your technical skills. This is definitely important (an excellent grasp of calculus or statistical techniques helps a lot), but it is also important not to lose track of the issues that matter most to you. This depends on who you are and what drives you or riles you.

My advice would therefore be to find the question(s) which inspire you and then develop your technical skills around these (rather than vice versa!)

Tell us something your colleagues may not know about you:

I used to be a street musician (not a good one) before I was an economist.

The picture above is of me performing a short set at the Music and Merriment festival, a charity festival, raising money for a local hospice.

Most of the playing I did was just busking in Brighton, which I usually did with a friend. We’d earn enough to pay for a nice lunch somewhere and have a little pocket money left over. One of my friends got into the national youth choir and two others became quite a distinguished drummer (George Cook and Gerry Lewis).

Most bands I was in were cover bands, in which I was a bassist.

I think there was a point of juncture where a lot of my friends went full-hog and went to music colleges when quite young. I have always been a bit of a geek and instead wanted to study maths, economics, languages etc., so ended up drifting away from that ‘world’ .

No regrets of course, and I still enjoy playing for pleasure from time-to-time.