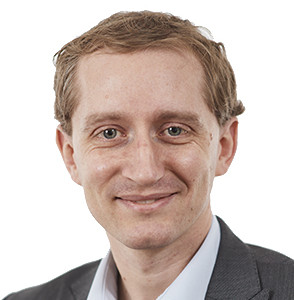 After almost twenty years at Cambridge Econometrics, our Chief Economist Hector Pollitt is moving on to take on a new role at an international organisation. We took the opportunity to sit down with Hector and ask him about economic thinking, how it has developed and changed, and what he considers to be the future of economics.

Looking back at the last twenty years, what stands out to you in the development of macroeconomics?

Unfortunately, the rest of the world has not had this opportunity and is much poorer for it. The current mainstream (neoclassical and New Keynesian economics) dominates the discussion when many questions could be better answered with alternative methods.

We thought, maybe naively, that the financial crisis would trigger a backlash against the assumptions that underpin neoclassical and New Keynesian economics. There were a couple of years of soul-searching and looking at alternative approaches, but then things largely went back to the way they were.

However, seeds were planted. With the mainstream again struggling to answer key questions during the covid-19 pandemic, there is some real momentum behind establishing more empirical and pluralist approaches to economics.

Two notable developments are worth picking out from the past 20 years:

1) Complexity economics has advanced previous evolutionary thinking and is now well established. It provides the critical link between micro and macro that previous approaches have lacked, without resorting to overly simplistic assumptions. Agent-based modelling has also become an established methodology.

2) The rise of Modern Monetary Theory (MMT) as a description of how our financial system works has dramatically changed the political economy and introduced a new way of thinking about economics to a much wider audience.

What must be done to continue this momentum?

This is an excellent question. We need to recognise that there are strong network effects and the incumbency of the current mainstream is powerful.

There is still a long way to go to displace the current ‘system’ of academic economics because it has been established for almost 50 years.

Although pressure has come from outside economics, the system has shown substantial resistance. There is a lot of playing around the edges, changing one assumption at a time and claiming it as progress. Often these are things that heterodox approaches laid out clearly decades previously.

Key entry points to the system include university teaching – even undergraduates are seeing problems with what they are being taught, and alternative textbooks are becoming available. The career structure of academic economists and the dominance of a few journals remains an important issue that we have not begun to resolve yet.

However, to borrow from climate analysis the system will eventually reach a tipping point, when the space for new thinking will suddenly widen.

It is worth thinking back to the time of Keynes. He was not the only one promoting a new kind of economics, but he did almost single-handedly bring about a change in thinking. He was already well-known, but maybe now one similarly well-known person (likely a savvy user of social media) could push us over that tipping point.

How has the modelling developed in your time at Cambridge Econometrics?

The main thing that has changed is the recognition of innovation as a driver of long-term economic development.

We have developed the traditional Cambridge-based approach to incorporate more recent evolutionary and Schumpeterian findings. The modelling has not yet gone quite as far as Brian Arthur has suggested, of recognising the economy as a series of technological production opportunities, but this is the right way to look at it. Again, this is where much of the traditional modelling goes wrong – the modellers view technology as incidental, when in fact technology drives the economics. Critically, the feedback is two-way.

This linking of complexity to established approaches allows the modelling to address much better some of the key challenges we face, including climate change and rapid automation.

The one thing these challenges have in common is that they involve ‘transitions’, meaning large-scale economic transformation. It doesn’t make sense to look at transitions without understanding technology development.

Are there any particular insights that you plan to take with you into your new job?

Lots and lots! Far too much to recount here, unfortunately. But maybe I could highlight two key insights.

1) The value of pluralism in addressing economic issues.

I’ve been lucky to interact with people from various economic backgrounds, all of whom bring their own expertise to answering the societal challenges that we face. We all have our own beliefs and our own priorities and we must ensure we include as many of these views as possible. Time after time policies have failed because of something that a more pluralist approach would have addressed.

2) The value of modelling as helping to develop a way of thinking.

Many people see modelling just as a way of producing numbers and question the value of these numbers – sometimes with justification.

However, to me, the value of the modelling is using it as a way to understand the economic system. When someone asks me an economic question, I will reflexively structure my answer following the causal relationships in the model I am most familiar with.

Do you have anything to say to the Modelling Team?

It requires two types of deep understanding: of the system as a whole and of the way it is coded in the model.

Now more than ever we need people who can do it – the major societal challenges we face are not going away and, without realistic modelling, we are walking into them blindly.

Learn the model, apply it and be respectful of others who use alternative approaches, because there is plenty to learn from them too.

Then get the message out there, with the help of Cambridge Econometrics’ fantastic communications team! You have the chance to make a real difference in the world.

Click here to sign up to our newsletter and keep up to speed with our latest news, thoughts and collaborations.