Growing pains – how local authorities can prepare for population growth 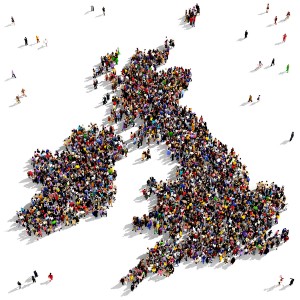 Many local authorities face pressures on their educational, housing and social care provision on a day-to-day basis. Government population projections are meant to help planners, but are they exacerbating the issues they face?

How can local authorities prepare for population growth by using tools like the Cambridge Econometrics’ Chelmer Population and Housing Model to better support their future population?

Why do we need population projections?

How many primary and secondary school places will be needed in the future? What services will be required for elderly care? How many and what kind of new houses will need to be built to house the future population?

These are important questions that all local authorities face. Population estimates and projections play a central role in local councils’ planning for educational services, childcare provision, health care services and accessibility to housing.

Understanding the current and future population and effectively planning infrastructure and services to support it is therefore essential.

The issue with inaccurate forecasts

Cambridge Econometrics’ Chelmer model is a well-established demographic model that has a well-founded reputation among local authorities, planning bodies, property developers and others for providing robust and well-founded demographic and housing analysis and forecasts.

ONS projections are widely used for resource allocation and planning, but are they always the best data for local authorities to use and should planners develop alternative projections using models such as Chelmer?

As the famous saying goes “it’s difficult to make predictions, especially about the future”. Bearing this in mind, a common problem that some local authorities face with the ONS data is that their local population is consistently over- or under-estimated, which can have knock-on effects on planning and service provision in the long term.

This can result in either over-provision/waste of resources or inadequate provision of essential public services, which could have detrimental impacts on education, health and congestion in the local area.

The differences between projected and actual population shown in the table above are only looking 5 years (on the left-hand side) and 3 years (on the right) ahead respectively, a relatively short time period in the realm of public policy and planning.

While some of these differences may look small for now, any over or underestimation will only accumulate over time, decreasing the reliability of the projections and exacerbating the risk of misallocation of resources the further out you look.

What about the impacts on particular age groups?

When you break down the differences by broad age groups (e.g. 0-15, 16-64 and 65+), you can get a better idea of what the over/underestimation could mean for different local areas.

For example, the 2012-based projections underestimated Liverpool’s child population by almost 3,500 people by 2017 and the 2014-based underestimated it by about 2,000 people. If the local authority relied solely on these projections they would find themselves not being able to meet the educational needs of thousands of children in the city in the short term alone.

Similarly, the 2012-based projections underestimated Coventry’s working-age population by about 15,000 people by 2017, falling to about 5,500 in the 2014-based projections. Once again, this underestimation would result in a huge housing shortage if they (and their associated household projections) were used as the basis to identify housing need in its area, as set out in the government’s standard methodology and the National Planning Policy Framework.

The need for tailored population projections

The ONS population projections are a useful starting point to assess a local area’s prospects within the national context.

They can provide a basis to encourage local authorities and planners to take action to prevent the continuation of existing trends resulting in unwanted outcomes.

However, as the ONS projections are trend-based, they do not necessarily reflect an area’s current and future local circumstances and policy environment. They do not take account of an area’s ability to accommodate population growth and how planning and supply constraints may impact future population growth.

Cambridge Econometrics’ Chelmer model is a valuable tool to develop tailored population projections to better reflect local circumstances. The model can be used to develop detailed tailored forecasts for a local area to reflect its expected future population and migration trends, employment prospects and housebuilding capacity.

The ONS 2018 mid-year population estimates will be published on Wednesday, but what will it show for your local area? Have recent changes in migration patterns affected your local population and is your local authority prepared to meet the demands of its future population?

Only time will tell…