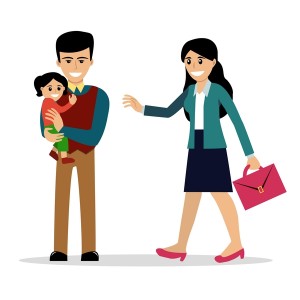 The latest edition of the Gender Equality Index, published today, shows that Europe is moving in the right direction. However, as the European Institute for Gender Equality (EIGE)* says, this progress has come at a snail’s pace.

The Index highlights continued wide differences in performance across Europe but countries like Sweden show us what’s possible. The pursuit of gender equality is the right thing to do and today’s news tells us that we must redouble our efforts.

The EU is committed to creating more and better jobs. Steps to support employment and decent, well-paid work for women are vital to this. Employment is also an effective route out of poverty and promotes independence, helping to fight social exclusion.

The Gender Equality Index shows that Europe does well (relatively speaking) in the area of work, but that stubborn gaps remain. In this area, our own analysis for EIGE adds an economic argument to the case for stronger action. By doing more to address workplace disadvantages for women, EU GDP per capita could be as much as 10% higher by 2050 with some 10m new jobs created.

The gender equality ‘pay-off’ we identified comes from policies that focus on three interventions: getting women into STEM subjects, more flexible working and narrower pay gaps:

As well as being good for women, the first two measures could have wider benefits by helping to address structural economic challenges in Europe. A wider pool of STEM graduates would be available to technical industries currently suffering skills shortages and the possibility of a larger workforce comes at a time when there are growing concerns about an ageing European population.

Is it that easy?

On the face of it, this sounds overwhelmingly positive. However, as with so many things in economics, there is no guarantee of a free lunch. Typical concerns about labour-market interventions focus on whether there would be jobs for these prospective workers (existing workers could simply be displaced) and whether higher pay might lead to lower employment because it raises costs to firms. The latter may also lead to higher inflation if firms raise prices to help cover their costs and preserve profit margins.

With so many forces at work, for this study, we applied our E3ME computer model. Our analysis shows that the longer-term outcomes could indeed be beneficial by raising the productive potential of the economy, increasing incomes and, in turn, creating jobs (for men as well as women). Economic growth increases.

However, in the transition, some of the concerns are valid. It takes time for the economy to create new jobs, so unemployment increases initially as the number of women looking for work outweighs the number of jobs on offer. This warrants further study to see if there are ways to manage the transition more effectively. There is also some additional inflation but the size of the pay gap reductions is such that the impact is mild.

We’ve got a long way to go…

Today’s Gender Equality Index highlights how long it can take to make progress. Even in our most ambitious projections, the gaps are not fully closed by 2050. We’ve got a long way to go, but the faster we do it, the better. Doing the right thing also has an economic pay-off, for us all.

*The views expressed above are entirely the author’s and do not in any way represent the views of the European Institute for Gender Equality.