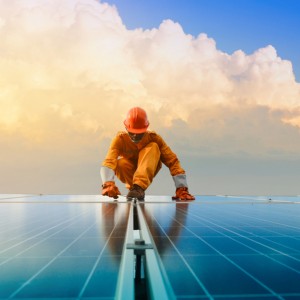 The momentum behind technological change in the global power and transportation sectors is overwhelming.

Our analysis, published in Nature Climate Change, suggests that between $1tn and $4tn could be wiped off the value of global fossil fuel assets by 2035.

This dramatic decline in demand for fossil fuels will take place, whether more stringent climate policies are adopted, or not. Our Sustainable Investment lead, Sophie Heald, explains how:

But how did we model this technological change and the impact that stranded fossil fuel assets will have on individual countries?

Technology diffusion and how to model it

The analysis focused in particular on the role of technology diffusion (how new technology spreads) in determining the extent to which fossil fuel assets become redundant. For this we used the Future Technology Transformations (FTT) technology diffusion models, which are integrated to Cambridge Econometrics’ global macroeconomic model E3ME.

To fully understand the paper’s findings, you need to understand FTT.

There are currently three FTT models linked to E3ME.  They cover: the power sector, road transport and household heating.

Within each sector a series of technologies is defined, for example the power sector model includes nuclear and several fossil fuel options, plus Carbon Capture and Storage (CCS) and a range of current renewable technologies.

How do investors behave and how do we model that?

When there is a need to invest in new capital equipment, investors choose which technology to adopt, according to costs and preferences.

Unlike in standard whole-system, cost-optimisation models (a method that underpins most current energy models), investors do not, in the real world, automatically choose the set of technologies that together provides a least-cost energy sector. They are human and they display preferences, which these models do not take into account.

Indeed, the least-cost technology will not be the same for all investors and, due to learning effects, costs change over time.

All investors optimising costs for themselves does not lead to a least-cost system. Moreover, investors will not invest in technologies that they do not know about or have no access to.

The process of knowledge being spread is part of the ‘diffusion’ process in the model. It is formulated through differential equations that are used for similar analyses in evolutionary biology and the standard S-shaped curves of technology adoption that result are fully endogenous (i.e. are not imposed).

The result that there could be $1 trillion of stranded fossil fuel assets comes about by running the model freely. Without any additional policy input, it shows that transitions to renewable energy and hybrid/electric vehicles are already underway, according to recent technology diffusion data.

What’s the impact on fossil fuel producers? Why are the results so negative for Canada?

Global climate scenarios increasingly show that the difference in the economic impact of climate policy between countries is not between developed and developing countries (as one might assume), but between fossil fuel exporters and fossil fuel importers. 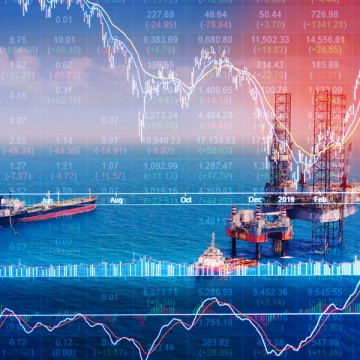 Our stranded assets scenario shows that some countries (Japan, China, some EU countries) may benefit from global climate action – because global energy prices fall, the level of imported fossil fuels falls and higher investment can provide a stimulus to local economies.

However, the countries that currently export fossil fuels could lose out substantially due to reduced global demand. They fall into two groups: low-cost producers and high-cost, non-conventional producers.

The first group includes OPEC (Organization of the Petroleum Exporting Countries) members, such as Saudi Arabia and the United Arab Emirates. These countries will keep on producing low-cost energy but, due to lower demand, will command a lower price for their products. The main impacts they suffer are therefore on their public budgets and the services that these budgets provide.

The second group includes producers such as Canada and the US. Not only will these countries receive a lower price for their production, they will find that production costs exceed revenues and will likely see substantial falls in production. There are thus both price and real effects.

An additional economic effect originates from the strategy that low-cost producers may take. If they decide to increase production as demand declines, they will acquire market share at the expense of other countries. They may decide to do so if they fear the prospect that part of their reserves could become stranded, or they may do it simply to maintain revenues. Such action would push high cost producers out of the market faster.

The case of Canada

Canada is among the worst-affected countries. In our base case, production in the Canadian oil sands grows to meet growing global oil demand, and the size of the energy sector in Canada increases. 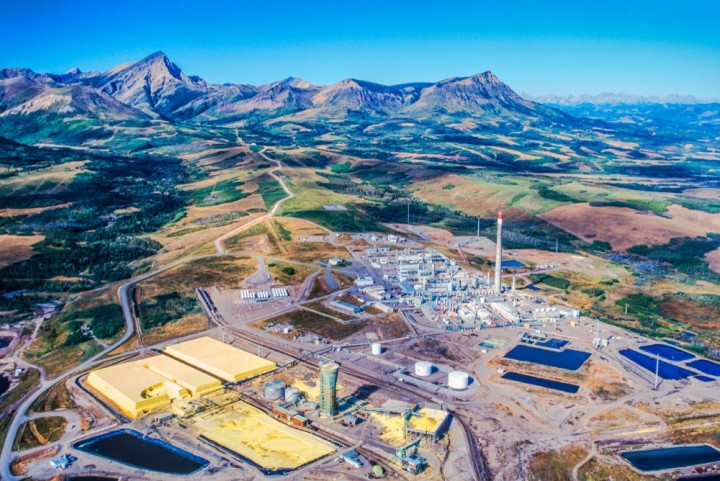 However, as this production is near ‘the top of the cost curve’ (i.e. most expensive), it is the first to be cut when prices fall. The economic impacts are considerable in size.

First there are the direct effects from loss of production and secondly the impacts of royalty losses on public expenditure programmes (the modelling assumes that public deficits remain unchanged between scenarios). Multiplier effects from supply chains and losses of income exacerbate the impacts.

Overall, these losses become very large as they affect even sectors not directly linked to fossil fuels, due to the inter-connectivity of the economy.

Trade restrictions in the US and Canada (import tariffs on fossil fuels) could deflect some of these losses to other parts of the world (while burdening north American industry with higher-cost energy) and it is certainly possible that restrictions could be imposed on energy security grounds.

We plan to assess the possibility of adding new trade policies to our scenarios in the coming weeks, as trade protectionism has risen up the political agenda since completing the study.

Nevertheless, it is unlikely that Canada would escape US tariffs and Canada will be looking at exporting its oil to other destinations, in which case a trade war would be counter-productive. This also explains the current debate regarding the recent nationalisation of the Kinder-Morgan pipeline.

Protectionist policies will not prevent the losses

Even if protectionist policies were implemented, however, the $1 trillion and $4 trillion loss result from our analysis would still hold at global level; only the distribution of impacts could be different. As I’ve previously explored, in “Trump tariffs will not bring back coal”, trade restrictions in some countries alone will not alter the path of technology development that is taking place worldwide.

Watch our video series on climate change and financial risk on the Cambridge Econometrics YouTube channel.