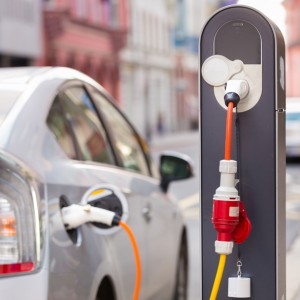 How much revenue does fuel tax generate, and how long would it take for UK fuel duty revenue to reach zero?

The revenue generated by fuel tax in the UK currently stands at around £27.6bn, however, the first point to understand here is that this will not be a cliff-edge, with a dramatic £30bn hole suddenly appearing in the UK government’s budget.

Even if the sale of conventional internal combustion engines was banned tomorrow, 22 years ahead of the proposed ban, it would take over twelve years for all petrol and diesel cars to be replaced and fuel duty to erode to near zero. This is because we only replace around 2.5 million cars of the 30 million cars in the UK vehicle fleet each year.

Second, passenger cars do not account for all UK fuel duty revenues, since fuel duty is applied to all road fuel sold. Vans and HGVs contribute a large part of this revenue and the technologies required to reduce carbon emissions and fuel consumption from heavy goods vehicles are still relatively nascent. We are still a long way off fleets of electric trucks and even efficiency improvements are yet to be mandated in Europe.

Third. Inflation matters. The importance of fuel duty to government finances will erode in real terms unless the tax rate is increased (a policy that has proven to be so highly unpopular that previous Chancellor’s Budget announcements to freeze fuel duty rates were met with whoops and cheers in the House of Commons).

How could the government go about replacing fuel duty revenue?

If we accept that we need to meet our legally binding climate goals, an inevitable consequence is that fuel duty receipts will eventually disappear.

Policy-makers have a choice in how they manage this budget transition. They could simply let fuel duty revenues erode slowly and raise other taxes as necessary, factoring in the political and economic conditions facing them. Indeed, our analysis has shown that the missing fuel duty is mostly, and in some cases fully, offset by the wider net economic benefits of a transition to low carbon cars and the huge savings in imported oil that that entails.

However, it seems much more likely that government will either increase fuel duty or introduce new taxes for motorists. The simplest option would be to increase the rate of fuel duty, perhaps at least in line with inflation. This option has many advantages such as (1) incentivising consumers to buy cleaner cars; (2) dis-incentivising the use of the most polluting cars, vans and HGVs; and (3) reducing the burden of increasing taxes on income, employment or consumption.

A better option for the longer term could be to introduce road pricing. Road pricing offers both an option to replace falling fuel duties and has the added benefit of discouraging road travel and reducing congestion to grid-locked urban areas.

Ultimately, the road to ultra-low emissions vehicles will be long and difficult, budget concerns represent just a small pot hole on that road that can be easily filled.