Home » Blog » Does the UK’s levelling up agenda make sense?

Does the UK’s levelling up agenda make sense? 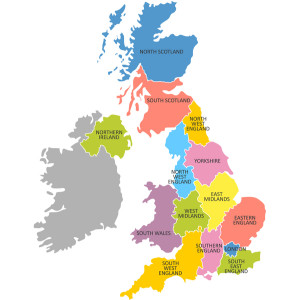 Principal Consultant Adam Brown questions just how effective the UK’s levelling up agenda is, and suggests that the UK needs to take the time to diagnose regional inequality issues through a systems approach.

‘Levelling up’ is the current buzz-phrase within UK politics and economics and refers to the idea of somehow ‘equalising’ the economy of the less-prosperous North of England with the more-affluent South. The definitions of north and south are a bit woolly here; it’s not clear where the Midlands or the South West features within this narrative, for example. And what about devolved nations? Wales needs ‘levelling up’ as much as anywhere. Here are my thoughts on why levelling up isn’t the best approach, and what we can do instead.

The unique situation of London

Moving beyond these definitional issues, does the idea of ‘levelling up’ even make sense? The UK is an average sized country (by area) with London, a primate city. This is not in itself unusual, but London is a primate city that happens to be one of only 2 alpha++ global cities in the world according to the Globalisation and World Cities Research Network. (The other one, New York, is part of a much larger country and economy.)

It’s something of a unique situation and it’s not useful to compare to other nations with different histories and geographies. London was capital of an area much bigger than the UK – the entire British Empire – for over 100 years, and hence its supernormal size relative to the UK. Since the 1970s, its enlarged position has been supported as the de facto business and financial capital of Europe – a position that may now evolve.

London has obscured the situation in the rest of the UK

One thing the success of London and surrounding areas has done is to obscure the situation in the rest of the UK. Because we present and discuss statistics at the national level, the success of London and its immediate environs in the greater South East often hides how poorly economically developed the rest of the country is and how little we have invested in it over the past 50 years.

Despite numerous platitudes, repeated generations of politicians have failed to take seriously the difficult but crucial task of regenerating and reinvigorating our post-industrial cities, ports and coalfields, instead relying on the economic success of the south east to bolster national figures. Arguably, if London and the Greater South East had not been so successful over the past 40 years, politicians might actually have been forced to do something about the situation in the wider nation.

As such, I don’t think it’s really a useful framing to talk about “levelling up” the rest of the country with London, or the “North” with the “South”. Nowhere other than another global city will ever be on the same level as the global city that is London – so why are we aiming for the impossible?

We need to take the time to diagnose what the problem is, and fix it

This isn’t to say we don’t want to see improved levels of prosperity in other parts of the country, but what I’ve yet to see is any evidence of careful analysis and diagnosis of the ways in which the presence of a successful global city in the bottom corner of the country affects the wider national economy, either for good or for ill. Rather than repeating increasingly nonsensical mantras, perhaps we should actually stop and think about this for a minute.

There are several mechanisms of both positive and negative influence between the capital and the wider UK, but I’m just going to highlight two of the more important ones. Trying to understand how these effects work and how we can harness them for the greater benefit of the whole country seems to me to be a more productive starting point than poorly defined and unrealistic slogans.

There is a widespread misconception that agglomeration mechanisms “don’t work” in the UK. This is incorrect and reflects a rather simplistic and misinformed view of what agglomeration benefits are and how they are transmitted.

Within about 50-80 miles of London, the impacts of agglomeration are clear to see: cities such as Oxford, Cambridge, Milton Keynes, Brighton, and Reading all have highly successful and sectorally-specialised economies. Although they’re not big cities themselves, they have high levels of access to economic mass and associated agglomeration benefits precisely because of their proximity to London.

As smaller cities, they are also able to offer a lifestyle distinct from that of the capital: smaller, quieter locations with attractive scenery (be it coastal or pastoral) on their doorstep, but with good, well-paid jobs in specialised sectors or firms that benefit from the proximity of a major aggregation of economic activity just down the trainline.

The level of specialisation here is the key – the only way smaller cities can build the requisite critical mass is to really focus on a handful of niche knowledge domains, but it’s impossible to do this in geographical isolation. This is the “hub and satellite” model of innovation geography, with mutual benefit accruing to both the larger, more diversified hub economy (London) and its ring of more specialised satellite cities.

2. London is a black hole for graduates

In 2021, the success of a region of the UK is largely a matter of how successfully it has managed to switch to a knowledge economy. The key to a knowledge economy of course is in attracting well educated and highly skilled workers, and it’s the slow, steady accumulation of human capital over the past 50 years that explains the different fortunes of London and its surrounding network of satellites over the more industrial areas in the north and midlands, south wales, and central Scotland.

The annual migration of graduates to London from university cities all over the UK is a significant drain of human capital from all regions. If, instead of 25% of all graduates heading to the capital, they remained more evenly dispersed around the regions, the economic geography of the UK would look very different. It’s hard to build a regional knowledge economy when a large proportion of your brightest minds disappear each year.

3. Strengthen the good, weaken the negatives

So what policies should we be pursuing to try to improve the economy of the wider UK, if not ‘levelling up’?

Follow Cambridge Econometrics on Twitter for our latest thoughts, news and collaborations, and read more here about our work on infrastructure.