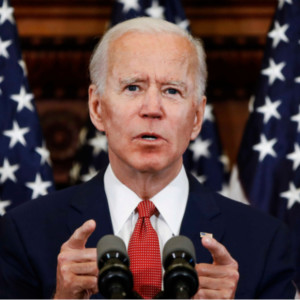 Although he might still be insisting otherwise, Donald Trump lost the 2020 presidential election. Joe Biden secured a victory with a record-breaking popular vote and the necessary electoral college votes to safely secure the presidency. Biden won the presidency, and the Democrats have a majority in the House of Representatives. However, with a historically obstructionist Senate, it is unlikely that any significant policy action can be pursued should the Democrats fail to win a Senate majority.

The Senate passed the CARES act in late March. To date, no additional federal relief has been made available for individuals facing joblessness and homelessness beyond the initial $1,500 stimulus payments in April.

I wanted to explore ways in which a different policy response could provide a combination of necessary immediate relief and long-term recovery that would transform the economy as envisioned under existing Green New Deal policy proposals. 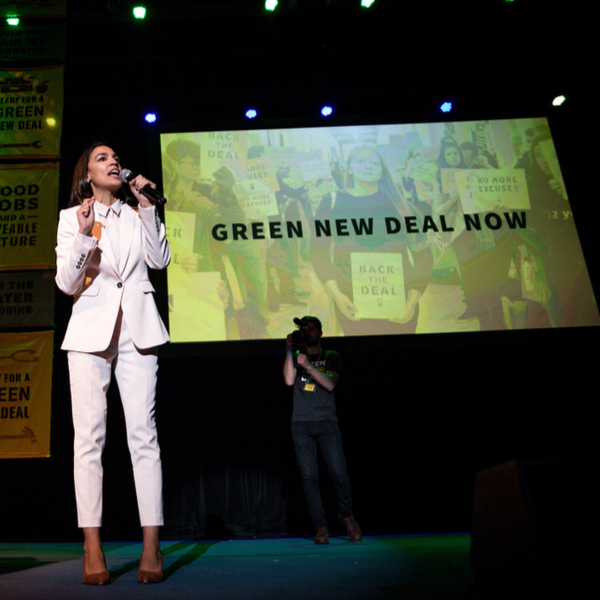 This scenario is not quite the Green New Deal as envisioned by AOC, or even that envisioned by the Biden Transition team. It is perhaps best understood as a Diet Green New Deal – one which takes a less optimistic view of the possibilities for ‘Building Back Better’ than that presented by the Biden transition team, based on likely political constraints.

Sizeable compromises are made with a Republican-controlled Senate, and as a result the objectives of the Green New Deal are not fully realised. Nevertheless, it still marks a substantive break from ‘business as usual’.

The E3-US model is a unique dynamic macro econometric stimulation model, developed as a tool for policy analysis. The model combines an accounting framework with a set of parameters that have been estimated econometrically from a detailed time-series database. Changes in the electricity sector are captured via the Future Technology Transition (FTT) sub-module, which models the three major US electrical grids.

The Diet Green New Deal scenario that I explored includes the impacts of COVID-19, and some policies to boost recovery from the effects of the pandemic through to 2035:

Despite the ‘Diet’ nature of the scenario, it still delivers on the previous Nationally Determined Contribution (NDC) communicated by the United States, when it was still a party to the Paris Agreement. By phasing out large shares of coal-fired electricity generation, total emissions fall approximately 30% relative to 2005 levels – this exceeds the commitment made in 2015. 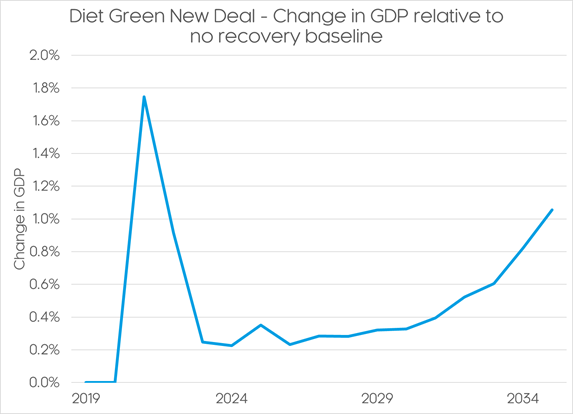 I found that a Diet Green New Deal scenario delivers relief from the most acute effects of the ongoing pandemic:

When thinking about employment: 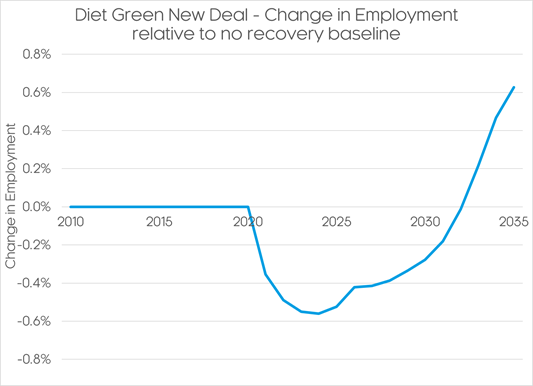 Looking at a state level, there are mixed effects, with economic winners and losers depending on how reliant a state is on natural resource extraction or carbon-intensive electricity production. 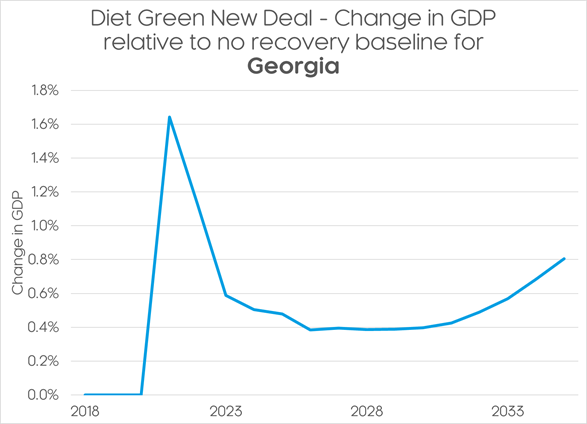 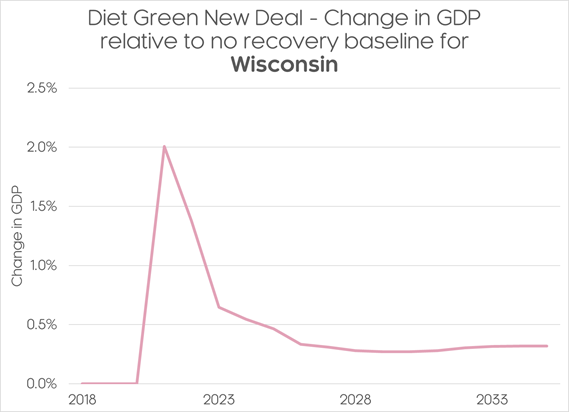 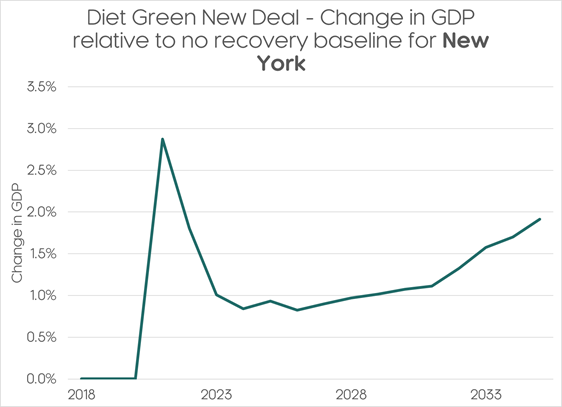 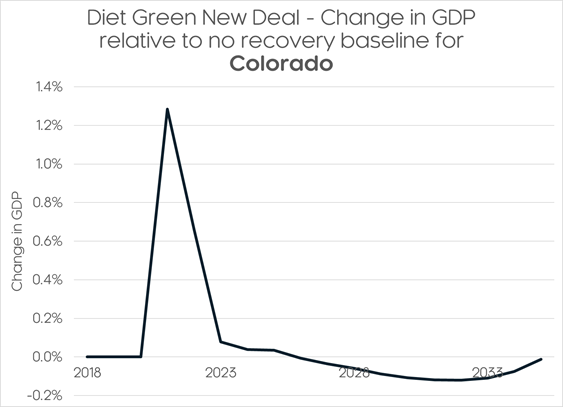 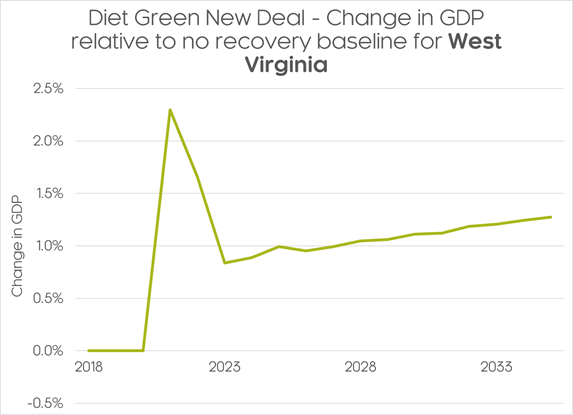 The analysis demonstrated that, in most states, there was not a trade-off between reducing emissions and economic activity. Ambitious climate action could improve long term growth trajectories.

States most focused on fossil fuel-related activities are likely to face challenges in restructuring and will need to be supported by further policy to mitigate negative economic impacts.

Should the democrats pick up the necessary senate seats in Georgia and retain a slim majority, it is possible that more ambitious policy action could be pursued. It is more likely that the more conservative elements within the Democratic party will negotiate a version of the Green New Deal that allows preferential treatment for a few fossil fuel intensive states, or, does not fully meet the requirements of the Paris Agreement. Perhaps, in light of the current political landscape, a ‘Diet’ option is the most likely path to get the ball rolling on federal-level climate policy.

Find out more about what Cambridge Econometrics does here and stay in touch with us on Twitter and LinkedIn.