Home » Blog » Carbon pricing is not a panacea: we look at the EAERE statement

Carbon pricing is not a panacea: we look at the EAERE statement 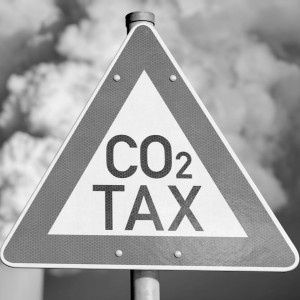 The European Association of Environmental and Resource Economists (EAERE) is the largest group of environment-minded economists in Europe. It has recently put out a statement on carbon pricing.

Although many people who I respect have given their support to the statement, it is not something I can do because it is a clear example of the misuse of neoclassical economics.

In short, the EAERE statement says that:

For the record, I more or less agree with points 3-5, but points 1-2 are nothing more than neoclassical fantasy.

To reach the conclusion that carbon pricing works, and is the most cost-effective way of reducing emissions, you must assume that markets work freely with no monopoly power, companies and households have perfect knowledge about the products available to them now and in the future and everyone always behaves fully rationally.

All these assumptions can easily be disproved.

Unfortunately, engaging in neoclassical fantasy is what many economists do best and those at the EAERE are no exception. Let’s consider something more realistic.

Much of our current hopes for decarbonisation rest on solar power. The cost of solar power has fallen by more than 80% in the last ten years. Why? Because policies implemented in Germany led to an industry developing and eventually taking off in China. This was not caused by a carbon pricing scheme, but by a mandate for renewable electricity generation.

If a carbon price had been levied, it would have caused a shift from coal to gas-fired plants and the solar revolution may not have happened.

We would not now have a low-cost way to reduce emissions – instead we’d be stuck paying a carbon price on gas and face the prospect of stranded gas assets as the carbon price increased.

This point brings us to an apparent inconsistency in the EAERE’s statement. Sensibly, point 5 suggests that carbon price revenues should be used to boost innovation. But if the carbon price is already the most cost-effective way of reducing emissions, how is more innovation going to help?

A better plan for action

To the follow-on question; what should we do instead? Well, implement a carbon pricing policy for sure. Much better to work with the market than against it. And, absolutely, use the revenues to improve social conditions (and, yes, encourage innovation).

But we must be clear. A carbon price alone will not be sufficient to decarbonise fast enough (except in a neoclassical macroeconomic CGE model which, conveniently, ignores time).

Other policies are needed too. The EAERE disparagingly calls these other policies ‘less efficient’ but, again, only if you accept the restrictive neoclassical assumptions. For example, many of the lowest-cost options to reduce emissions are through energy efficiency measures that are not taken up because people don’t know about them. Targeted regulation could take advantage of this easily. A carbon price could not.

Modelling at Cambridge Econometrics shows that a rapid transition requires a combination of (1) carbon pricing, (2) regulation and (3) support for new technologies.

The logic is fairly simple: technologies need to be developed, then they need to be competitive in the market, with the introduction of regulation where the market doesn’t work.

By overemphasising the role of carbon pricing through a misunderstanding of how the economy really works, the EAERE puts at risk long-term decarbonisation.

Evidence shows that regulation and support for innovative solutions are both required to meet carbon targets, and therefore a statement which overlooks the importance of these policy areas and instead focuses on restrictive neoclassical assumptions, is not one that I could support.

This was a missed opportunity for the economic community to give policy makers constructive advice, based on real-world assumptions, to tackle the now urgent task of decarbonising the world economy.