Brexit: the economists were broadly right 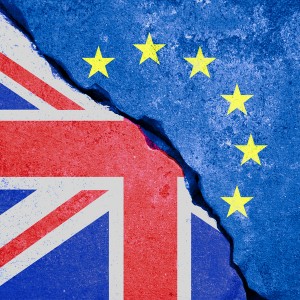 Most of the predictions so far of moderate losses to GDP proved to be broadly correct – GDP really is around 1-3% lower than it otherwise would have been.

But economists must be more up-front about the limitations of their modelling and more careful in the way they allow their results to be presented.  Hector Pollitt, Head of Modelling explains.

It’s the 31st of January and Brexit has arrived. Many people on both sides of the debate thought it might never happen. The UK is officially making its way into uncharted international territory and yet more uncertainty.

One of the job of economists is to shine a light on such future economic uncertainty. When it comes to Brexit, many economists (including those at Cambridge Econometrics) have already made predictions about the likely impact of Brexit on the health of the economy. No doubt more will emerge as the negotiations proceed.

As the political uncertainty around Brexit has calmed somewhat it seems like a good time to reflect on how accurate the economic predictions were, and what we can learn from them for the future.

Economists were broadly right about the negative impact of Brexit

Despite all the claims and counter-claims, most of the predictions so far of moderate losses to GDP proved to be broadly correct – GDP really is around 1-3% lower than it otherwise would have been. However, the impacts did take longer to emerge than many people expected, with a gradual slowdown in GDP growth rather than a sudden correction.

Given that many of the economists’ models do not include a good representation of time, getting the timing wrong is perhaps not surprising. The way the results were presented didn’t help either.

With limited explanation, it is not reasonable to expect the general public to understand the difference between changes from a baseline forecast (what the models produced) and changes over time (how the results were interpreted, i.e. recession).

This confusion damaged the credibility of forecasters whose job it is to shed light on likely impacts and help steer business and government in an otherwise confusing situation.

The result was ‘Project Fear’.

Economists can only be defended so far though. There remains a fundamental problem with the way that the standard equilibrium-based economic models obtained their results.

Much of the analysis carried out relied on theories of comparative advantage and a loss of efficiency and potential output automatically leading to reductions in actual output (i.e. GDP).

On the face of it the theory may sound reasonable, but the accompanying assumptions can easily be shown to be false. Most notably, the equilibrium models are based on Say’s Law, which effectively states that someone will buy anything that is made.

But, in reality, the level of production in the economy is determined by the level of aggregate demand, not supply, unless the economy is operating at full capacity (i.e. hitting supply constraints). After a decade of austerity, plus businesses holding back on investment due to Brexit uncertainty, most sectors have been a long way from full capacity.

That is not to say that a sudden no-deal Brexit, as at times looked likely, would not have had real impacts. A sudden loss of production capacity would have inevitably pulled demand down too in some sectors, leading to losses.

In fact, the loss of output that we actually saw was mostly demand driven, through continuing weak business investment, leading to reductions in employment and further impacts on aggregate demand. This was partly offset by higher rates of government spending, which have since increased further.

Lower investment and higher government spending were the main driving factors identified in the projections for the Greater London Authority’s ‘Preparing for Brexit’ report prepared by Cambridge Econometrics, using our E3ME model.

GDP follows a gradual lower trajectory caused primarily by reductions in business investment, and lower consumer spending in line with reduced immigration and population levels. Over time there are some productivity effects, but these are relatively modest in comparison. The impacts of changes in trade volumes are also modest in comparison.

Economists: in the right ballpark, but much still to learn

So what can we learn from this?

First and foremost, the predictions from economists remain broadly correct and we are likely to see more of the same now that Brexit has happened.

Expect another round of predictions ahead of the current proposed deadline for a deal, 31st December.

Although firms may now feel more optimistic about the future due to certainty about the timing of the changes to trade and immigration rules, they still have precious little clarity on the content.

But economists must be upfront about the limitations of the modelling tools they are using, right down to the most basic assumptions. It is also important that economists are careful about how they allow their results to be presented – it is all too easy to confuse ‘model-land’ with reality.

Brexit, trade and the role of innovation

But finally, one issue that has been almost missing entirely from the debate (including Cambridge Econometrics’ modelling) is the impact on innovation. Economists often ignore innovation because it is difficult to measure and even more difficult to model. However, innovation is a key driver of long-term economic growth, affecting both aggregate supply and demand.

Higher levels of trade protectionism give lower incentives for domestic firms to innovate. They will also be less exposed to new ideas from abroad. For the economy, the result will be more of the same and less of the new. Some people will see this as good, others as bad – but slower rates of productivity, and hence economic, growth seem inevitable. This will be the long-term economic legacy of Brexit.