We need a bold Budget built around a green recovery plan 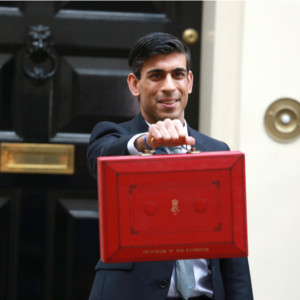 On Wednesday 3 March, the Chancellor of the Exchequer Rishi Sunak will deliver one of the most important Budget statements this century.

He faces a ballooning deficit on public finances, a record decline in GDP last year, and an economy still in lockdown. The value of retail spending in January was over 7 percent down on a year ago, after staging a strong recovery in the second half of last year.

To address this situation, the Chancellor needs to set out measures which aim to support the economy over two very different time horizons.

In the short term: financial support should continue

The first time horizon is the year ahead. The economy, businesses and households will need continued support as we exit lockdown – hopefully in the next few months. The various mechanisms of financial support – the furlough scheme, support for business, and short-term tax reductions – need to be rolled forward to the end of June at least. Yes, this may require extra borrowing. But government borrowing this year has come in significantly below the November Office for Budget Responsibility (OBR) forecasts.

In the 10 months March 2020 to January 2021, the deficit on public finances is nearly £70bn – around 20 percent – below the projection announced by the OBR just 3 months ago. That gives the Chancellor more leeway to support the economy in the short-term and he should take advantage of that.

Indeed, as well as rolling forward existing financial support and tax reliefs, he may want to introduce some new short-term measures to support badly affected sectors – hospitality, hairdressers, gyms, travel, live music etc. as well as providing additional support for the self-employed and other groups which have been excluded from existing financial schemes. The UK economy will not bounce back automatically – as Andy Haldane at the Bank of England has suggested – like a “coiled spring”. The damage done during successive lockdowns has broken many of the coils in the spring!

In the long term: meaningful investment in a green recovery

In addition to this short-term recovery focus, however, the Chancellor needs to set a clear direction for the longer term recovery of the UK economy. We need to find new engines of growth which will help us recoup as much as we can of the drop in GDP last year of nearly 10 percent. And we need to establish a platform for recovery which will not fizzle out after 2-3 years, but carry us forward for the decade ahead.

The government made a promising start with its green recovery plan announced last November. But the investment funds which have been put behind this plan so far are very small beer compared with what is needed to generate real momentum to the UK economy.

The green recovery plan committed £12bn of public investment over 10 years, with the hope this will lever in a further £36bn of private sector investment, Putting this all together we are talking about around £5bn a year in terms of the injections of public and private “green investment” in the decade ahead. That is just 0.25 percent of GDP. A figure 3 or 4 times that level is needed to shift the direction of the UK economy in a more sustainable direction.

Another way of looking at the support needed for a green recovery is in terms of the drop in investment last year. Business and government investment in the UK in 2019 totalled £276.7 bn, but then dropped to £255.7bn in 2020. The reduction in public sector and business investment last year was £21bn, around one percent of GDP. A £5bn per annum injection from the green recovery plan is a long way short of the mark in terms of recouping this shortfall.

So we need to hear something much more ambitious in next week’s Budget on a Green Recovery plan. Instead of £12bn of public investment over the decade ahead, we need to see a commitment of around £40-50bn. If this can leverage in a further £120-150bn of private sector “green” investment, then we may have a green recovery worth talking about.

The other area where Rishi Sunak can set out some bold plans in his Budget is in terms of tax reform. There has been a lot of press speculation around tax rises to start to plug the deficit hole – but now is not the time for raising extra revenue from businesses or households. Instead, the Chancellor should set out some medium term plans for reforming and improving the operation of the tax system.

This is not something which can be achieved in one Budget – rather we need a process of consultation around tax reform which can be rolled out over a number of years. A good place to start would be VAT. As a result of Brexit, the UK can now adapt its VAT system to meet broader policy goals, free of EU regulations.

If I were the Chancellor at the moment, I would publish a Green Paper alongside my Budget to start a process of discussion about long-term tax reform, starting with VAT. The structure of VAT has barely changed since the UK joined the EU nearly 50 years ago. It is time to align the structure of VAT with our current environmental and health objectives. That means looking at current exemptions and zero-rates. With obesity a major health problem, zero-rating all food items – including many high calorie snacks – makes no sense. Similarly, we need a more graduated structure of VAT rates which incentivises consumers to buy more environmentally friendly products and services.

So a bold Budget from Rishi Sunak is required next week. Investment in a green recovery should be boosted, and a clear process for approaching tax reform should be set out by the Chancellor. If the economy recovers later this year and beyond, we will then be in a better position to assess whether tax rises might be needed in 2022 or later. But that issue can wait. Raising the spectre of general tax rises next week would create a big hole below the waterline of the emerging economic recovery.