Xi Jinping’s surprise announcement at the UN General Assembly this week could boost the country’s GDP by as much as 5% during this decade analysis by Cambridge Econometrics shows. 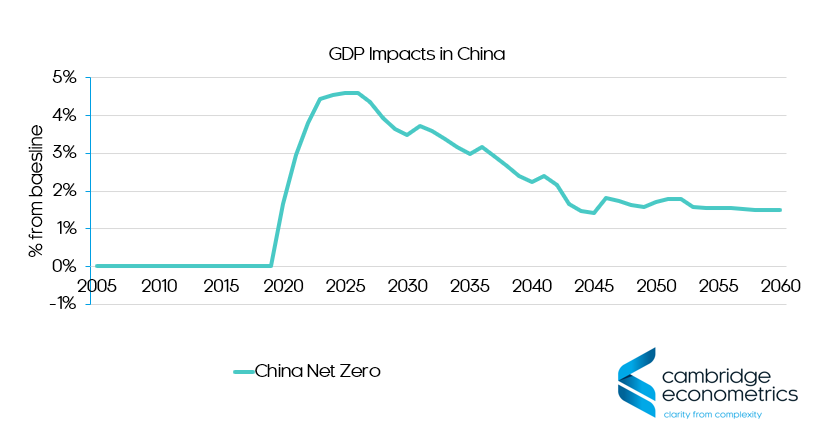 The massive scale of investment needed to achieve the target not only leads to an increase in GDP, and dramatic reductions in its own carbon emissions, but would also lower the cost of green energy, which leads to a positive “spillover” effect in other countries.

In total, the pledge could mean global warming this century is some 0.25C lower than the level expected in our baseline, getting closer to 2C – even if others do not raise their own climate goals.

To reach net zero by 2060 a whole range of policies will be required, as well as support for specific technologies such as for subsidies for electric vehicles. Alongside such stimulus measures regulation would also be necessary to ensure that no new coal plants are built, which would have an impact on the millions of workers currently employed in the coal industry.

President Xi’s announcement suggests that he thinks this transition can be managed, with the benefits outweighing the costs. This position contrasts starkly with that of the US.