Home » Blog » How will the gender employment gap fare in the age of automation?

How will the gender employment gap fare in the age of automation? 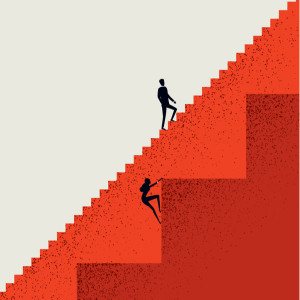 Analysis based on the latest Gender Equality Index from the European Institute for Gender Equality (EIGE) shows that the EU will reach complete gender equality in 60 years. This assumption relies on small but steady gains over a long period of time. However, even this slow rate of progress might be affected by the combined impact of the current pandemic and the risk of automation to the labour market.

The impact of automation

Automation is a broad term used to describe the adoption and implementation of new technologies such as robotics, artificial intelligence, and machine learning. With many industries experiencing a shift towards automation, there are certain occupations which are at risk of being replaced by these new technologies. Pre-pandemic, several studies looked at the impact of automation on the labour market but only a few of them looked at the impact of automation on women in this context. While many experts have developed techniques to identify the degree to which an occupation might be automated, the big uncertainty remains the speed of adoption of automating technologies and how this will affect the gender employment gap.

The impact of the pandemic

It is thought that progress on gender equality may suffer a setback as a result of the pandemic partly because many women are employed in occupations that were most affected by Covid-19.

The Technequality project, part of the European Union’s Horizon 2020, seeks to understand the uncertainties linked to the adoption of automation and their impact on jobs and skills. Working with Maastricht University, Cambridge Econometrics has developed a range of plausible quantitative scenarios designed to measure the impact of these uncertainties on employment across different countries, occupations, and industries. This research can also reveal insights on the impact of automation on the gender employment gap and can help us draw conclusions about whether the EIGE gender equality prediction is under threat.

We have developed 21 scenarios which are essentially different pathways to help us measure the risk of automation against different levels of uncertainty, such as:

As a baseline we also used a business-as-usual scenario which assumes current trends continue into the future (the data behind this particular scenario was provided by the Cedefop Skills forecast 2018 edition). Using Technequality’s data, I explored how the gender employment gap will fare in the age of automation and see whether or not it is possible to achieve gender equality sooner than in 60 years’ time.

The faster the technology is adopted and the more an occupation is at risk, the greater the job losses in male-dominated occupations in particular, to the extent that the employment gap narrows by 6 percentage points between 2018 and 2030.  If you add employment protection policies into the mix, then job losses can be reduced only slightly leading to a reduction in employment gap of 4 percentage points between 2018 and 2030.

If technology is fully adopted by 2075 and most occupations are at low risk of being replaced by technology, then women and men face a similar scale of potential job losses and the employment gap narrows by 1.6 percentage points between 2018 and 2030. In this case, employment protection policies do not have much effect due to the long timeframe in which the technologies are adopted.

So what does this mean for the gender employment gap, and EIGE’s prediction that gender equality will be achieved in 60 years?

The analysis suggests that the impact of automation on the labour market could play a small role in achieving gender equality sooner than in 60 years’ time, but it appears to be at the expense of more job losses for men, especially if the full adoption of automation happens quickly (by 2035).

However, it is also important to remember that there are many other factors at play regarding women in the labour market. The reality of job losses across all  scenarios, even if they affect men more than women, is that when the pool of jobs available shrinks, women might feel pressured to give up their jobs because of work-life balance pressures . This is due to the unequal burden of care carried by women, for example, if they cannot afford childcare or caring for elderly relatives. According to the ILO, work-life balance is a persistent challenge in improving gender equality. Covid-19 has certainly raised this issue, with work-life balance issues being one of the main reasons why women have left the labour market in the past year.

Analysing the impact of automation on the gender employment gap is just one of the many ways in which the Technequality project can help make sense of the uncertainties raised by the adoption of automation on the labour market. In this case, it seems that it is very unlikely to be a driving force behind gender equality.

This work was carried out under the Technequality project, which was funded by the European Commission’s Horizon 2020 research and innovation programme (grant agreement No 822330).