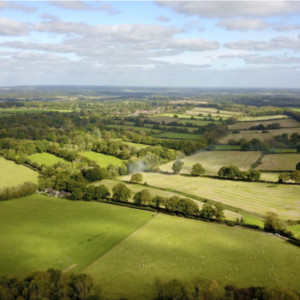 A ground-breaking project, carried out by Cambridge Econometrics (CE), The UK Centre for Ecology & Hydrology (UKCEH), University of Edinburgh and University of Exeter for the Met Office is underway.

It seeks to develop consistent shared socioeconomic pathways (SSPs) for the UK to help answer key questions about the country’s resilience to climate change.

Developed in collaboration with the UK’s research community, the final outputs of this project will lead to scenarios that are consistent with the SSP framework used by the Intergovernmental Panel on Climate Change (IPCC) and will contribute towards future climate change resilience research, including future Climate Change Risk Assessments.

In UK Shared Socioeconomic Pathways (SSPs) for climate resilience research we explained the concept of SSPs, and how this new project aims to fill the current gap in the availability of UK specific socioeconomic pathways. In this blog we explain what progress has been made so far in the project.

Which socioeconomic variables are most important?

The project began in January 2020 by bringing together members of the climate resilience research and policy community to (1) understand the key questions relating to the climate resilience of the UK that need to be addressed (i.e. questions which socioeconomic scenarios developed in the project will be used to assess) and (2) establish which socioeconomic variables are most important to describe within the socioeconomic scenarios. Through a stakeholder workshop, led by Cambridge Econometrics, we were able to establish the following initial shortlist of variables:

Our panel of climate resilience experts believe that these aspects of society and the economy are most important to describe when considering future pathways the UK might take. The full report of our consultation findings can be found here: Project Activity 1 – Scoping of Scenario Indicators: Final Report

The second step in the project was to extend the narratives of the five global SSPs, producing consistent narratives for the UK and its four individual nations. Led by UKCEH, with support from the other project partners, the process began with a virtual workshop, during which 40-50 experts within the climate resilience community came together to help elaborate the UK and national storylines and socioeconomic trends. Many workshop attendees highlighted that the current Covid-19 crisis allowed them to think more open-mindedly about how UK society and its economy might develop in future, as it presented evidence of rapid pivots in public opinion, and showed that any one of the SSPs could be a plausible future.

The final outputs of this activity will consist of  descriptions of how socioeconomic developments in the UK will evolve between now and 2100 based on assumptions that are consistent with the global SSPs. Each individual SSP narrative will also consider how the storyline will play out separately in England, Wales, Scotland and Northern Ireland. Some preliminary results from the workshop can be found here: Project Activity 2 – Extending the SSP Narratives: Preliminary Workshop Results.

The third part of the project brings together findings from the activities above to produce quantitative projections of each of the socioeconomic variables identified and align these with the downscaled SSP narratives developed, to ensure a high degree of internal consistency between all variables of the dataset. Led by the University of Edinburgh, with support from Cambridge Econometrics, work has begun on sourcing and collecting data and forming baseline projections for key indicators.

When will key outputs be available to researchers?