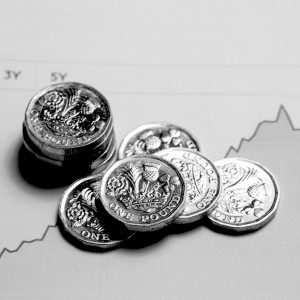 The “general” in charge of the British economy – Chancellor of the Exchequer Rishi Sunak – has had a fair degree of luck in his political career so far.

He is the second youngest Chancellor for at least a century and has reached one of the top offices in the UK government after less than five years as an MP and only just over two years as a minister. But as he prepares his first Budget, he may be feeling his luck is running out.

The March 2020 Budget will be delivered against the backdrop of a number of significant economic and political headwinds which make the Chancellor’s task of setting tax and public expenditure plans much more than difficult than usual.

The first headwind is the sluggish growth of the UK economy. Economic growth has slowed progressively since 2014 when it hit a peak of 2.6 percent. Last year, GDP rose by just 1.1 percent, the weakest rate of growth since the Global Financial Crisis. 2020 does not look much better.

The average projection from the Treasury’s review of independent forecasts points to another year of 1.1 percent growth followed by 1.5 percent in 2021, even before we factor in the full impact of the coronavirus outbreak.

Next year is likely to be the sixth consecutive year of sub-2% growth – a most unusual occurrence for the UK economy when it is in an expansion (or recovery) phase. 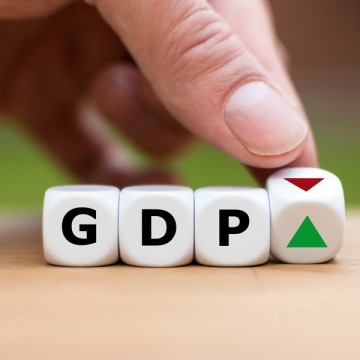 Brexit has played a part in dampening the growth of the UK economy in recent years, but there are also structural factors behind the slowdown. Sluggish productivity growth in the UK and other major industrialised countries means that living standards in real terms have risen very slowly – despite historically low levels of unemployment. This is bad news for the Chancellor, who relies on economic growth to generate the additional tax revenue to meet the rising demand for public services. Balancing the government’s books becomes a much more difficult task in a low growth environment.

Outlook for global growth is disappointing

A second headwind is the disappointing outlook for global growth. In 2019 the world economy grew at its slowest rate since the global financial crisis, according to the IMF. The IMF’s latest economic update – published in January – pointed to a modest rebound in 2020 and 2021. But that was before the effects of the coronavirus outbreak started to become clear. The health effects of the virus are clearly worrying. For the economy, however, the impact on consumers and businesses of the “fear factor” – and preventative actions taken by governments to combat the spread of the disease – are likely to be more significant. 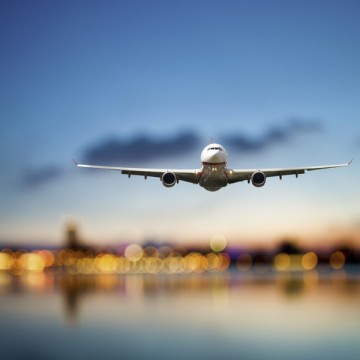 Certain sectors of the global economy are particularly vulnerable to this disruption and loss of confidence – such as air travel, hotels and related tourist activities. Major business conferences and sporting events are starting to be postponed. And because China now plays such a pivotal role in the global trading system, as the world’s second-largest economy, there is a risk of disruption to supply chains.

When the IMF updates its forecasts next month, we should expect to see a further downgrade to global growth this year and knock-on consequences into 2021.

A third headwind facing the Chancellor, as he prepares his Budget strategy, is the lack of headroom provided by his own government’s fiscal rules. These rules have already been relaxed considerably since 2016, when George Osborne was aiming for a budget surplus in 2019/20 and beyond – assuming the economy was growing reasonably well. Under Philip Hammond, the target was relaxed, and the fiscal objective became 2% of GDP deficit in the early 2020s and a balanced budget by 2025.

A new set of fiscal rules set out in the 2019 Conservative Manifesto represented a further relaxation. The government’s objective is now to achieve balance between current spending and revenues at least by Year 3 of the Budget plan. That would allow borrowing for investment in the medium term, though the new fiscal rules set a cap of 3% of GDP for net investment (capital spending less depreciation). 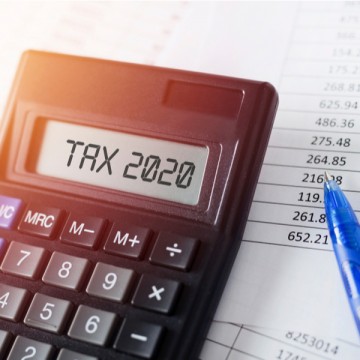 Independent analysis by the Institute for Fiscal Studies (IFS) and the Resolution Foundation suggests that the government will struggle to meet its current fiscal balance target without some tax rises.

That provides two headaches for the Chancellor. He is part of a government which is committed to cutting taxes. And the weak outlook for growth suggests there could be an economic case for some fiscal stimulus rather than tax rises for the UK economy in the years ahead.

Rishi Sunak could square the circle by announcing another relaxation of in the fiscal rules. But that would strain the credibility of the government’s fiscal strategy in the light of the significant changes which have already taken place since 2016. It would also attract criticism from the government’s fiscal watchdog – the Office for Budget Responsibility (OBR). The “current balance” rule, however, allows the government time to restore a sustainable fiscal position by year three of the Budget plan. So there is flexibility which could be used to counter the short-term threat to growth posed by the coronavirus outbreak.

On the tax front, the Chancellor faces two other headwinds constraining his Budget plans. First, the Conservative manifesto ruled out any increase in the rates of income tax, national insurance and VAT – the three largest revenue-earners for the Exchequer.

Second, the tax burden in the UK is already at a historically high level and is set to rise further on current plans. The OBR’s March 2019 assessment projected tax receipts as a percentage of GDP would rise to 34.6% by 2020-21 – even without further tax rises. As the chart below shows, this would represent the highest tax burden facing the UK economy since the late 1960s and is not a good platform for promoting the competitiveness of the UK economy post-Brexit. 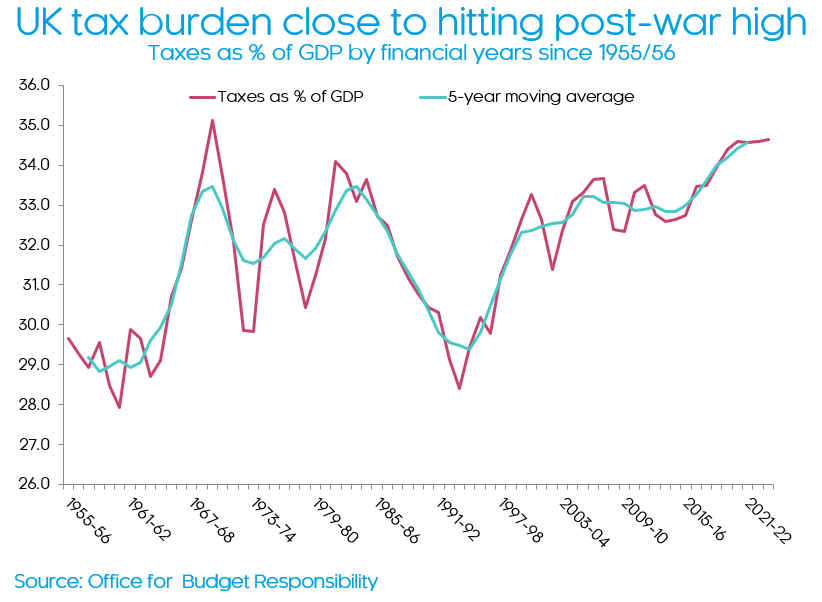 The Chancellor will have rightly been feeling stuck between a rock and a hard place in the past few weeks while preparing his Budget and drinking Yorkshire tea. So what could he do and what should he do?

Some commentators have suggested he should aim to do as little as possible – for example Martin Wolf in the Financial Times last week. The fact that there is another Budget scheduled for this autumn would seem to support this argument. However, there are three areas where the Chancellor could take action without breaching his fiscal rules and prepare the ground for addressing some of the important long-term challenges facing the UK economy.

The first is investment in transport infrastructure, where the UK has under-invested over several decades. Public investment in road and rail infrastructure has been increased in recent years but is still below 1% of GDP. Good transport infrastructure is an important enabler of regional economic development. We already have large rail projects which will need funding – notably HS2 and Northern Powerhouse Rail – but there are many smaller schemes which could relieve local transport bottlenecks and congestion, enabling more regionally balanced economic development. 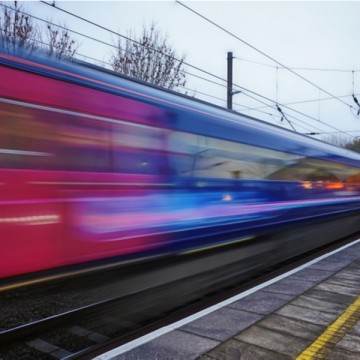 Within his fiscal rules, the Chancellor has some headroom for increasing capital spending – the IFS estimates around £10bn per annum. He could also announce a temporary increase in the cap on net public investment to cover the impact on major projects like HS2 and Northern Powerhouse Rail. An increase in the cap from 3% to 3.5% of GDP would give him a further £10-12bn headroom in the years ahead.

Financial analysts and independent economists are likely to be much more sympathetic to a modest relaxation in the fiscal rules designed to support economic growth and channelled through transport investment, rather than other areas of public expenditure or politically motivated tax cuts.

Second, Rishi Sunak should have a strong element of his Budget devoted to how the UK will deal with the climate change challenge. Meeting this challenge is predominantly about supporting the right behaviours and actions by the private sector – households and firms.

There are many useful and low-cost measures that the Chancellor could announce which would not have a large fiscal cost, including enhanced incentives for installing electric car fuelling stations and insulating homes. But the most important thing he could do would be to announce the Treasury’s commitment to developing a much clearer and coherent tax and spending strategy to support the UK’s commitment to a zero carbon economy. 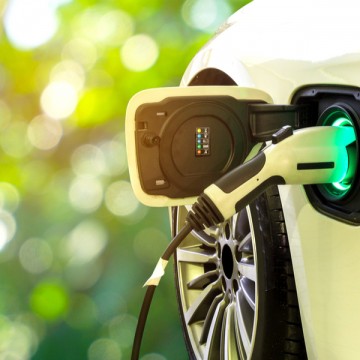 This low-carbon fiscal strategy cannot be conjured up overnight, but the Chancellor can announce that there will be a major statement in the Autumn Budget later this year. On the tax agenda he should consider restructuring Air Passenger Duty so it more properly reflects the impact of airline travel on climate change, rather than purely acting as a per passenger levy.

In addition, Rishi Sunak should announce that the Treasury will review the tax treatment of energy use. This would need to include a review of existing taxes – motor fuel duties, the Climate Change Levy and the VAT treatment of domestic energy use. But it could also include new carbon taxes, as part of a deliberate shift in the burden of tax to mitigate environmental problems, as well as new incentives for investment which will help in the shift to a zero-carbon economy.

Third, Rishi Sunak should signal in next week’s Budget that he will be a champion of broader tax reform. Even though the Conservative manifesto rules out serious reform for income tax, national insurance and VAT, there are many areas where he could make his mark. Property taxes rely heavily on Council Tax, where the valuations were set in the early 1990s and have not kept touch with rising property values. At the same time, taxes on property transactions – stamp duty – have been ramped up and may be distorting the housing market. Business rate, taxation of pensions and environmental levies are other areas ripe for reform. There may be scope for trimming back tax reliefs which are no longer justified – such as entrepreneurial relief from Capital Gains Tax.

The lessons from previous successful tax reforms – particularly those introduced by Nigel Lawson in the 1980s – is that a process of consultation is needed to ensure successful implementation. The Chancellor should resist the temptation to “pull a rabbit out of the hat” in his March Budget if he is intent on delivering major tax reforms. Instead he should prepare the ground for a longer process of reform, starting in his Autumn Budget later this year.

Will Rishi Sunak be a lucky Chancellor? His ability to navigate the current economic and fiscal headwinds and set clear signals for his future strategy in next week’s Budget will help us judge.