Home | Blog | What do our economic models tell us about green growth?

What do our economic models tell us about green growth? 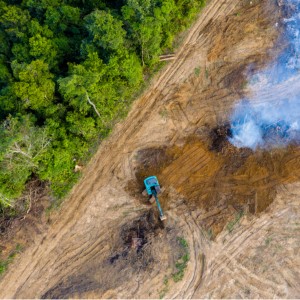 Is it really possible to keep on consuming more and more, while still respecting societal and environmental boundaries?

Will the future be one of green growth (the economy grows while resource use falls) or degrowth (economic growth is constrained in order to reduce environmental damage)? This is the kind of question that has kept economists up at night recently.

Green growth requires an ‘absolute decoupling’ of economic growth and resource use. Some parts of the world have shown indications it might be possible.

Ironically, post-Brexit UK may show a sort of reverse decoupling, with a slowing economy and weaker environmental standards. Either way, at global level, the key issue is continued growth in the developing world, and the debate about green growth remains relevant.

Ecological economics gives us the underlying principle in both green growth and degrowth scenarios and helps frame this debate. It states that the economy operates within the bounds of our society (e.g. laws, customs), which itself is constrained by the natural environment in which we live – illustrated by Kate Raworth’s famous doughnut.

The economic modelling we undertake here at Cambridge Econometrics, using E3ME, can help us understand the implications of one course of action over another and we have recently presented several different scenarios in which economic growth is increased while environmental pressures are reduced (a so-called double dividend effect). So, there is evidence that green growth scenarios are indeed possible, given the right policy context.

However, when I explored the role of the environment in economic modelling in a previous blog, I explained that E3ME does not yet have a full set of environmental constraints built in. So, are we missing something?

Starting with energy, E3ME embodies cost-supply curves of energy sources, both for fossil fuels and renewables. As the Intergovernmental Panel on Climate Change (IPCC) has told us, to be sustainable, consumption of fossil fuels must be reduced to zero long before stocks are exhausted. How about renewables? We find that some limits are breached, for example there is a clear limit on the amount of hydro power that can reasonably be produced. In some scenarios we have even exhausted potential sites for onshore wind. 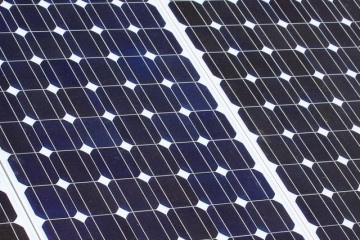 But the potential of solar seems far beyond likely demand, especially if new types of solar that can be easily fitted to buildings are considered. Granted, there are issues to be resolved regarding deployment, transmission and electricity grid management, but these have long-term technological solutions. For the foreseeable future at least, the availability of energy resources should not put a strict limit on rates of economic growth.

The major caveat is that to meet the climate targets set by the UNFCCC, decarbonisation needs to happen quickly, and this will be more difficult in a fast-growing global economy. An economic slowdown that is followed by a green new deal might have substantial attractions.

Turning to biomass, we have not yet run a full set of model-based analyses with the FTT:Agriculture model of land allocation that is being fitted to E3ME. However, if land is not required for growing crops for biofuels, then it seems unlikely that we will see major constraints on economic growth from biomass.

There are natural constraints on consumption of biomass (i.e. how much one can eat) and it is reasonable to assume that yields will carry on to rising, allowing for higher rates of production. Thomas Malthus famously predicted that a growing population would run out of food; while famine is unfortunately still too common in some parts of the world, a larger global economy is not the reason.

Again, there are some caveats. Yes, climate change could (further) negatively impact on crop yields, if the world does not decarbonise fast enough. It should also be recognised that there are other environmental impacts from more intensive farming that would be better avoided. 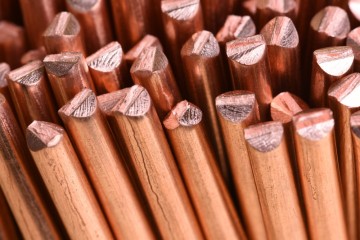 What about minerals, such as metals, aggregates or fertilisers? Here we have a problem. Although some minerals are plentiful, others are not.

Furthermore, minerals cannot be taken out of final products – for example, it is not possible to have a car that doesn’t include some metals and plastics.

Even if we keep consuming the same amount of these products, they will run out. Consuming more will make them run out faster. There is no equivalent of renewable energy – unless someone develops a way to convert energy to matter (as in a Star Trek replicator).

What about resource efficiency and the circular economy?

Analysis in 2018 using E3ME for the European Commission highlighted a problem with resource efficiency: rebound effects. Any discussion about energy efficiency inevitably leads to rebound effects, which show that a portion of efficiency savings are lost because products become cheaper and households can use savings on energy bills to spend on other things.

The same is true for the consumption of materials.

This leads to a finding that will be uncomfortable for many economists. Yes, it is possible to improve the efficiency of our use of resources, but if that leads to cheaper products then incomes get spent on other things that include materials.

If it doesn’t lead to cheaper products then there is an economic cost (e.g. lost production in extraction companies). You get one or the other, but not both. Decoupling the economy and material consumption looks difficult.

And the circular economy? A more circular economy would certainly limit resource consumption and waste. It does not mean that there would not be constraints though, as there are still fixed limits on the amount of resources that can be used at one time.

So, green growth or degrowth?

Historically I have firmly been in the green growth camp and I still believe that some of the degrowth arguments are overdone. But the evidence, and our own modelling, suggests that at some point we may as a society need to consider degrowth – so I believe it is time to reconsider.

The opportunity to do this may be in the coming decades as automation leads us away from a work-focused lifestyle, with the fear of unemployment no longer pushing ever higher levels of GDP. But that would require some serious thinking from policy makers.

Where do I go to find out more?

Examples of modelling where evidence that green growth scenarios are possible are included in: the 2018 New Climate Economy report, the Energy scenario: Employment implications of the Paris Climate Agreement report for Eurofound (the European Foundation for the Improvement of Living and Working Conditions) and the Global energy transformation: A roadmap to 2050 report for the International Renewable Energy Agency (IRENA).