Home » Blog » Economic geography and the role of transport appraisal

Economic geography and the role of transport appraisal 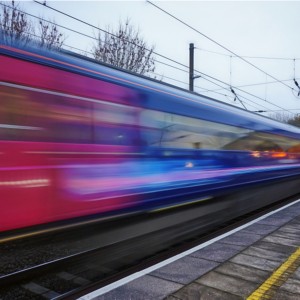 The paradigm of “predict and provide” commonly used in the UK to appraise transport schemes is not fit for purpose.

A more coherent and systematic analytical framework is required.

Let’s start by defining terms: the cumulative effect that a number of new schemes will have on the spatial distribution of economic activity across the country is an important consideration when assessing the ultimate economic impacts of new transport infrastructure.

Here, there are two axes to consider:

In reality, economic activity tends to be dispersed in a fractal pattern, with a distribution of densities ranging from large, densely populated cities, through towns, villages and eventually to low-density rural areas. There is discussion in the literature about the extent to which the existence of a primate city[1] within a country has a positive or negative impact on overall national productivity and well-being.

Here we refer to the underlying distribution of sectoral activity within an economy, for example the sub-distributions of employment and capital stock in tradeable and non-tradeable services, primary sector, and industry across space.

Boundary conditions here are “total specialisation” (the complete separation of sectors across space, for example a region dedicated to manufacturing, another to tradeable services etc.) or “total diversification” (where each place has the exact same mix of sectoral activity). 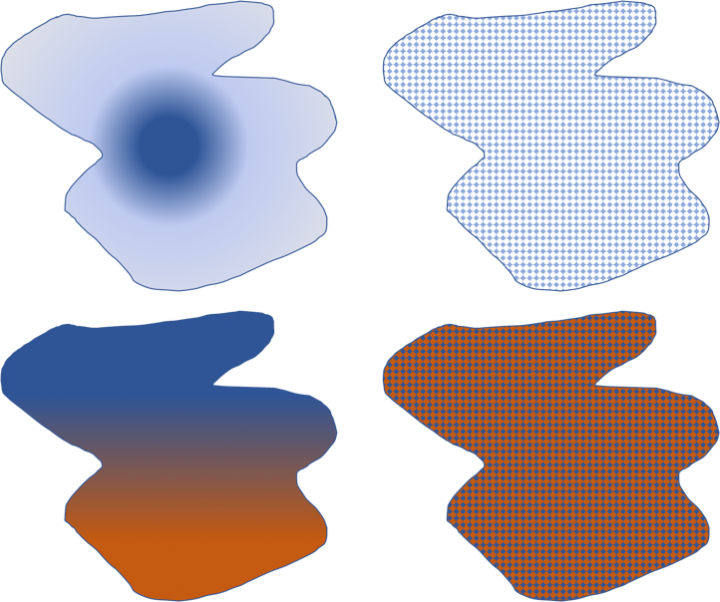 Over time, places within the UK have tended to move towards diversification, however there are still numerous examples of locations with sectoral specialisations.

This is known as related variety.

There are widely understood advantages and disadvantages to both concentration and specialisation on overall national productivity and well-being.

Research suggests that both dense and less dense areas benefit from a level of related variety; however within this urban areas tend to benefit from more diversification, whereas less-dense areas can benefit from a relatively higher degree of sectoral specialisation (e.g. in agri-food, industry or tourism). 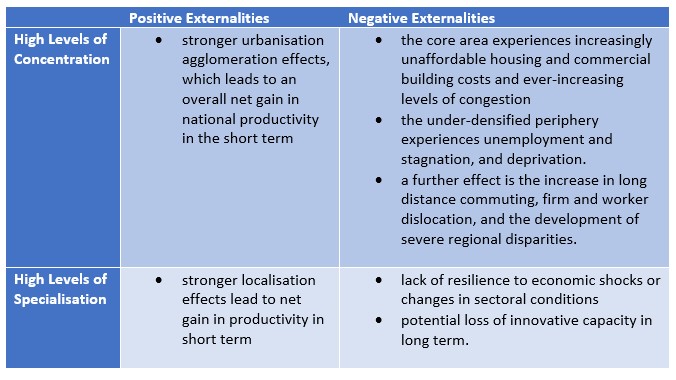 What is the role of transport infrastructure?

Transport infrastructure is integral to almost every aspect of our lives. We use it to commute to work, to go to school, to shop, to represent our businesses, to visit friends and family, to go on holiday, to deliver goods and services.

Where and how we choose to develop new transport infrastructure today can have a significant impact on the subsequent distribution of economic activity around the country in the decades to come.

Predict and provide places too much emphasis on the positive benefits of concentration and not enough on the negative externalities. It has the inevitable consequence of locking the country into a particular infrastructure development pathway. 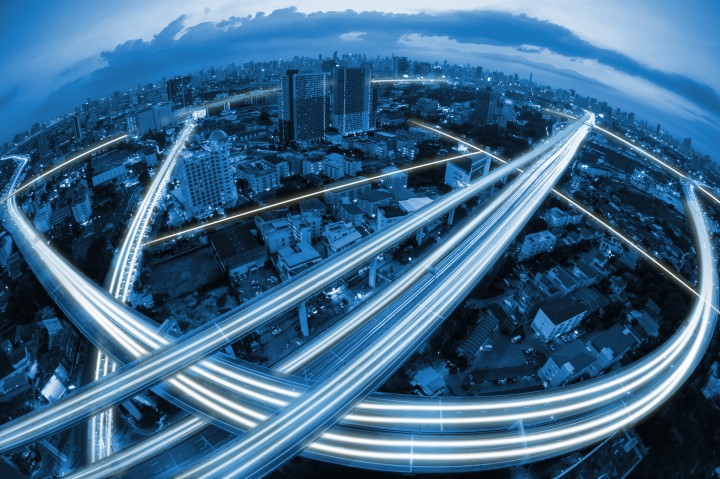 As such, if methods of transport appraisal are only formulated to measure the positive benefits of concentration (e.g. by capturing agglomeration effects through WEI benefits) but not the negative externalities, our evidence base will only ever justify interventions that lead to ever-increasing levels of concentration, well beyond the point when the negative externalities outweigh the positive.

A more coherent and systematic understanding of the interaction between transport infrastructure provision and subsequent socio-economic consequences must be developed. This must capture both positive and negative externalities of concentration and specialisation, and incremental long-run national-level effects must be captured alongside the more immediate and apparent short-run local impacts.

Quantifying the extent to which the provision of different types of infrastructure produce both short- and long-run costs and benefits, which subsequently influence the distribution of economic activity over both the local and national scale, is an important first step.

[1] A primate city is the largest city in a nation that is disproportionately larger than would be predicted by Zipf’s law. Approximately 50% of countries have a primate city: London is such an example.